The Rangers and Golden Knights win their season openers, the latest on Carey Price plus some contract signings, injury updates and more in today’s NHL Morning Coffee Headlines

NHL.COM: Mika Zibanejad scored twice and Igor Shesterkin made 26 saves as the New York Rangers opened their 2022-23 season with a 3-1 victory over the Tampa Bay Lightning. Barclay Goodrow also scored for the Rangers while Steven Stamkos replied for the Lightning. 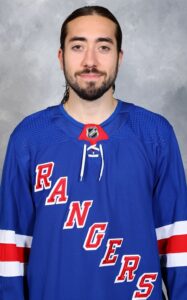 SPECTOR’S NOTE: It was a costly win for the Rangers as winger Vitali Kravtsov left the game with an upper-body injury in the first period following a collision with Lightning defenseman Victor Hedman. Kravtsov is listed as day-to-day.

Mark Stone’s snapped a 3-3 tie with 26 seconds remaining in the third period as the Vegas Golden Knights nipped the Los Angeles Kings 4-3. Logan Thompson made 27 saves for the win. Alex Pietrangelo, William Karlsson and Chandler Stephenson each had two points. Jonathan Quick kicked out 47 shots for the Kings.

THE ATHLETIC: Carey Price will undergo Osteochondral Autograft Transfer (OAT Surgery) in what could be a long-shot gamble to resume his playing career. The 35-year-old Montreal Canadiens goaltender said he’s still plagued by swelling in his knee and is trying to reach a place where he’ll be at least pain-free in his everyday life.

In an exclusive interview with Arpon Basu, Price revealed he has a large hole in the cartilage in the joint of his injured knee. Describing the OAT procedure, he said, “They would basically take a plug of bone and cartilage out of a lower-wear area in my knee, and then place that plug into the damaged area of my knee.”

Basu cites two studies indicating the estimated long-term success rate to be 72 percent, and that is for a pain-free, normal life. Price acknowledged that he might not be able to resume his playing career following the procedure but won’t give up hope.

SPECTOR’S NOTE: It sounds like it would take a miracle for Price to not just resume his career but regain the form that made him one of the best goaltenders of his generation.

BOSTON HOCKEY NOW: The Bruins have signed Anton Stralman to a one-year, $1 million contract. The 36-year-old defenseman had been on a professional tryout offer.

CALGARY SUN: The Flames signed Michael Stone to a one-year, two-way contract worth $750K at the NHL level. He’d been on a PTO contract with the club.

ESPN.COM’s Kevin Weekes reports he’s been told the Edmonton Oilers and defenseman Jason Demers are discussing the possibility of his signing an AHL contract.

TSN: Hockey Canada’s board of directors announced their resignations yesterday. The move came amid calls for a change in the organization’s leadership following its mishandling of sexual assault allegations against players from Canada’s 2003 and 2018 World Junior teams.

Rick Westhead reports members of the Canadian parliament will continue to investigate Hockey Canada’s historical response to those allegations. They’ll also want answers about any severance package offered to chief executive Scott Smith, who stepped down on Tuesday.

SPECTOR’S NOTE: It took several major sponsors and provincial hockey organizations withdrawing their support of Hockey Canada for those directors to finally step down. It’s a long overdue step in the right direction but it will take more than just sweeping aside the former leadership to restore trust in Hockey Canada. This organization needs a massive overhaul.

NHL.COM: Former Buffalo Sabres head coach Joe Crozier has died at age 93. Crozier took over as coach in January 1972. In his three seasons behind the Sabres bench, he put together the famous French Connection line of Gilbert Perreault, Rene Robert and Richard Martin. Crozier also guided the Sabres to their first-ever playoff appearance in 1972-73.

SPECTOR’S NOTE: Crozier was head coach of the Toronto Maple Leafs in 1979-80 and 1980-81. He achieved success with the AHL’s Rochester Americans, coaching them to three Calder Cups in four seasons from 1964-65 to 1967-68. He also guided the WHL’s Vancouver Canucks to a championship in 1968-69 and the OHL’s Kitchener Rangers to a Memorial Cup championship in 1981-82. My condolences to Crozier’s family, friends, and to the players he coached over his long career.