​Check out the recent speculation on the Penguins, Islanders, and Kings in today’s NHL rumor mill.

PITTSBURGH POST-GAZETTE: Mike DeFabo recently reported the flat salary cap for 2020-21 ($81.5 million) will leave the Penguins facing some hard choices in the off-season. They have over $68 million invested in next season’s payroll.

All of their top-six forwards and top-four defensemen are under contract for ’20-’21. Unless general manager Jim Rutherford creates some cap room via trade, they won’t have enough to re-sign all their key free agents. 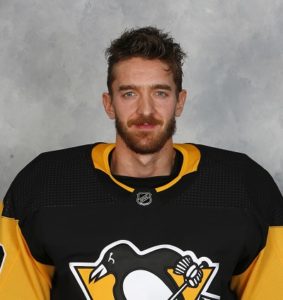 How much will it cost the Pittsburgh Penguins to re-sign goaltender Matt Murray? (Photo via NHL Images)

Topping the list are restricted free agent goaltenders Matt Murray and Tristan Jarry. It could take a deal comparable to Columbus’ Elvis Merzlikins (two years, $4 million annual average value) to re-sign Jarry. Murray’s playoff record and inconsistent regular-season play could be worth something like the $5.1 million Jimmy Howard makes with Detroit and $6.4 million like Anaheim’s John Gibson. Keeping Murray and Jarry could mean trading a skater.

Unrestricted free agent defenseman Justin Schultz’s season has hampered by injury. Letting him walk could open a big hole on the blueline. It’s uncertain if the reacquisition of UFA winger Conor Sheary was for the short or long term. DeFabo also wondered if trade deadline pickup Patrick Marleau would be willing to return for the minimum salary.

SPECTOR’S NOTE: Rather than trade a skater, Rutherford could trade Murray or Jarry and call up Casey DeSmith as a full-time backup next season. Schultz indicated he’d like to stay, but he might have to take a pay cut from his $5.5 million to do so.

Marleau could return to San Jose for one more year or retire if he wins the Cup in the upcoming tournament. I think Rutherford wants to re-sign Sheary but that will depend upon what happens with the goaltenders and Schultz.

Forwards Andrew Ladd and Leo Komarov could also be trade options, but the Isles might have to package either guy with next year’s first-round pick or a top prospect. Komarov also seems the most likely buyout candidate. Staple also doesn’t rule out Ladd and Komarov starting next season on long-term injury reserve.

SPECTOR’S NOTE: Islanders GM Lou Lamoriello has demonstrated his salary-cap creativity in the past to free up sufficient room to address his roster needs. Given the number of clubs with limited cap room for next season, he’ll have to strike fast in the trade market to dump a salary or two. Of the trade candidates listed by Staple, Leddy might attract the most interest, but his $5.5 million cap hit through 2021-22 could be a sticking point.

WILL THE KINGS TAKE ADVANTAGE OF THE FLAT CAP?

THE ATHLETIC (subscription required): Lisa Dillman recently reported Los Angeles Kings GM Rob Blake said back in April his club had flexibility under the flat cap, but he thought the big cap year for his club was a year away. However, he did say they were in a position to look at some things.

The Kings have over $60.7 million invested in their payroll for ’20-’21. Dillman suggested signing Vancouver Canucks defenseman Chris Tanev or Florida Panthers versatile forward Erik Haula if they test the UFA market at season’s end.

SPECTOR’S NOTE: Blake is expected to resist the temptation of pursuing a big-ticket UFA this year. However, that doesn’t mean he won’t consider adding a veteran or two at a reasonable price. Someone like Tanev or Haula on a short-term deal could provide some experienced depth as the Kings develop their promising youngsters.

Tanev’s performance has declined a bit in recent years. Haula looks like he still hasn’t fully recovered from the knee injury that cost him most of last season.

← NHL Rumor Mill - April 29, 2020 NHL Morning Coffee Headlines - April 30, 2020 →
Next Entries »
We use cookies on our website to give you the most relevant experience by remembering your preferences and repeat visits. By clicking “Accept”, you consent to the use of ALL the cookies.
Do not sell my personal information.
Cookie SettingsAccept
Manage consent