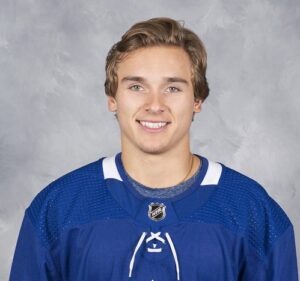 WINNIPEG FREE PRESS: An arbitrator awarded Winnipeg Jets defenseman Jacob Trouba a one-year, $5.5-million contract. Given the apparent divide and rocky history of contract negotiations between Trouba and Jets management, this deal could merely delay the inevitable breakup between the two sides. SPECTOR’S NOTE: The Trouba camp obviously sought much more than the Jets are willing to pay for his services. There was reportedly a three-million divide between the two sides entering arbitration, with Trouba seeking $7 million and the Jets proposing $4 million.

Next summer, Trouba will be once again be a restricted free agent with arbitration rights but he’ll also be a year away from unrestricted free agent status. The Jets could surprise us by trading Trouba before next February’s NHL trade deadline but I believe they’ll hang onto him as they attempt to build upon last season’s franchise-best performance.

Three outcomes are possible. One is Trouba has a career-best season that entices the Jets to meet his asking price on a long-term deal. Another is they’ll once again go through arbitration where he’ll get another one-year deal leading to his eventual departure the following year as a UFA. The third is they’ll trade him next summer rather than risk losing him for nothing to the 2020 free-agent market.

TSN: Speaking of the Jets, they avoided arbitration with defenseman Brandon Tanev by signing him to a one-year, $1.15-million contract.

SPECTOR’S NOTE: Montour’s hearing is slated for tomorrow in Toronto. Perhaps the two sides will reach agreement on a two-year deal worth around $3.5-million per season.

THE ATHLETIC: A sizable gap remains between the Minnesota Wild and winger Jason Zucker with his July 28th arbitration hearing looming. Zucker reportedly seeks well over $6 million annually while the Wild are offering between $5.25 – $5.75 million. No-trade protection is also a sticking point. Zucker’s agent will meet with Wild GM Paul Fenton in Minnesota on Wednesday in hopes of ending the deadlock.

SPECTOR’S NOTE: Zucker’s adamant that he wants to stay in Minnesota. Perhaps one way around this is if Fenton agrees to a full no-trade provided Zucker accepts $5.75 million per season.

← How Deep Will Next Summer's NHL UFA Pool Really Be? NHL Rumor Mill - July 23, 2018 →
We use cookies on our website to give you the most relevant experience by remembering your preferences and repeat visits. By clicking “Accept”, you consent to the use of ALL the cookies.
Do not sell my personal information.
Cookie SettingsAccept
Manage consent