The Lightning’s Steve Stamkos reaches a scoring milestone, the Stars’ Jason Robertson extends his points streak, the three stars and the rookie of the month for November are revealed, and much more in today’s NHL Morning Coffee Headlines.

NHL.COM: Tampa Bay Lightning captain Steven Stamkos became the first player in franchise history to reach the 1,000-point plateau in a 4-1 win over the Philadelphia Flyers. Stamkos assisted on the second of Nick Paul’s two goals to reach the milestone while Andrei Vasilevskiy made 21 saves as the Lightning improved their record to 14-8-1. Travis Konecny replied for the Flyers as they fall to 8-11-5. 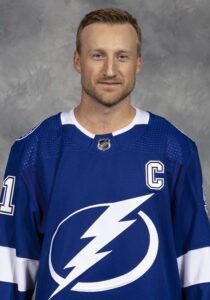 SPECTOR’S NOTE: Stamkos’ teammates poured off the bench to congratulate their captain on his achievement. The 32-year-old forward shows no signs of slowing down, leading his club with 13 goals and sitting second in points with 28.

Konecny and Tony DeAngelo returned to the Flyers’ lineup after being briefly sidelined by injuries. Earlier in the day, general manager Chuck Fletcher said Ryan Ellis will not play this season. He’s been sidelined since last November by what could be a career-threatening back injury.

Dallas Stars winger Jason Robertson extended his points streak to 17 games by tallying a hat trick as his club blanked the Anaheim Ducks 5-0. Jake Oettinger made 31 saves for the shutout while Miro Heiskanen collected three assists. The Stars (14-6-4) have 32 points and hold a three-point lead over the Winnipeg Jets for first place in the Central Division. The Ducks (6-16-2) sit dead last in the overall standings.

SPECTOR’S NOTE: Robertson is the first player to score 20 goals this season.

Colorado Avalanche center scored two goals and set up three others in a 6-4 victory over the Buffalo Sabres. J.T. Compher scored twice and collected two assists as the Avalanche improved to 13-7-1. Tage Thompson and Dylan Cozens each had a goal and two assists for the 10-13-1 Sabres.

The Nashville Predators blew a 2-0 lead but rallied to down the league-leading New Jersey Devils 4-3 in overtime. Ryan Johansen tallied twice, including the game-winner as the Predators improved to 11-9-2. Jack Hughes and Erik Haula each collected two assists for the Devils (19-4-1) as their 39 points put them one up on the Boston Bruins in the overall standings.

SPECTOR’S NOTE: Penguins captain Sidney Crosby credited sidelined teammate Kris Letang as inspiration for his club’s win. Letang is sidelined indefinitely after suffering a minor stroke on Monday. Letang went for a brief skate on his own yesterday morning but it was more for his mental health than anything else. His condition is not considered career-threatening but there’s no timetable for his return.

The Seattle Kraken improved to 15-5-3 and moved to within two points of the Golden Knights with a 3-2 overtime victory over the Washington Capitals. Matty Beniers scored the winner as the Kraken overcame a 2-0 deficit while Andre Burakovsky and Vince Dunn each picked up two assists. Alex Ovechkin collected two assists as the Capitals fell to 10-11-4.

Carolina Hurricanes forward Jordan Martinook tallied a hat trick in a 6-4 win over the St. Louis Blues. Brent Burns picked up two assists for the 13-6-5 Hurricanes while Vladimir Tarasenko and Pavel Buchnevich each had two points for the Blues, who drop to 11-12-0.

Minnesota Wild winger Kirill Kaprizov had a goal and two assists to lead his club over the Edmonton Oilers 5-3. Kaprizov set a franchise record for consecutive games with assists (nine) while extending his points streak to 10 games while the Wild improve to 11-9-2. Connor McDavid and Leon Draisaitl each had a goal and an assist for the 13-11-0 Oilers. McDavid leads all NHL scorers with 43 points.

SPECTOR’S NOTE: Earlier in the day, the Wild recalled defenseman Andrej Sustr to replace Jonas Brodin, who’s out indefinitely with a lower-body injury.

Montreal Canadiens center Sean Monahan collected two assists while Jake Allen kicked out 45 shots in a 2-1 win over the Calgary Flames. Juraj Slafkovsky and Cole Caufield scored for the Canadiens (12-10-1) while Elias Lindholm replied for the 10-10-3 Flames.

SPECTOR’S NOTE: It was Monahan’s first game in Calgary against the Flames since he was traded to the Canadiens in the offseason. He received a video tribute from his former club and a standing ovation from Flames fans. Earlier in the day, the Canadiens announced that winger Brendan Gallagher would miss the game with a lower-body injury while winger Mike Hoffman (lower body) was placed on injured reserve.

The Florida Panthers got two goals from Sam Bennett and three points from Matthew Tkachuk to beat the Vancouver Canucks 5-1 and improve their record to 11-9-4. Dakota Joshua replied for the Canucks (9-12-3), who also lost goaltender Thatcher Demko in the first period with an apparent injury to his right leg. No word as to the severity of Demko’s injury.

Los Angeles Kings captain Anze Kopitar scored twice, including the winning goal in the third period, to lead his club over the Arizona Coyotes 5-3. Kevin Fiala had a goal and an assist for the Kings (13-9-4). Rookies Dylan Guenther and Matias Macelli each collected two assists for the Coyotes, who fell to 7-11-3.

OTTAWA SUN: The deadline for the Senators to reach an agreement on a new contract with restricted free-agent winger Alex Formenton passed yesterday without a deal. Formenton, 23, is now ineligible to play in the NHL for the remainder of this season but his rights are still held by the Senators.

TSN: Maple Leafs forward Calle Jarnkrok is expected to miss some time after leaving Wednesday’s game against the San Jose Sharks with a groin injury.

Former Buffalo Sabres center Riley Sheahan has signed with EHC Biel in Switzerland. Sheahan and the Sabres mutually agreed to terminate his contract earlier this week after he decline demotion to their AHL affiliate. 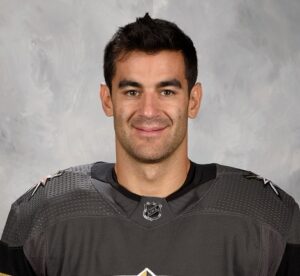 ← NHL Rumor Mill - August 13, 2022 Sunday NHL Rumor Roundup - August 14, 2022 →
We use cookies on our website to give you the most relevant experience by remembering your preferences and repeat visits. By clicking “Accept”, you consent to the use of ALL the cookies.
Do not sell my personal information.
Cookie SettingsAccept
Manage consent