​More reaction to the draft lottery results, updates on the CBA talks and hub cities, plus the latest on Alex Ovechkin, Bryan Little, and more in today’s NHL morning coffee headlines.

SPORTSNET: In his latest 31 Thoughts column, Elliotte Friedman reports more than a few NHL executives were unhappy over the results of the 2020 NHL Draft Lottery, in which a yet-to-be-determined team eliminated from the qualifying round of the playoff tournament will win the first-overall pick. 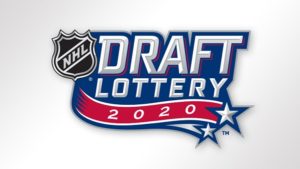 Criticism lingers over the results of Phase 1 of the 2020 NHL Draft Lottery (Image via NHL.com).

Some of that reaction came from teams who felt they hadn’t received a definitive answer in advance about what would happen if the season couldn’t be finished. Friedman feels the qualifying round will now have more meaning and there will be a big audience for Phase Two of the draft lottery.

SPECTOR’S NOTE: Conspiracy theorists already believe the NHL rigged the lottery to benefit a big-market club, screw over the Detroit Red Wings after their years of dominance, and to generate big ratings for the draft. These claims are, of course, baseless BS.

Whatever the outcome of the draft lottery, it wasn’t going to please everyone. For every fan who feels it should’ve gone to one of this season’s bottom-feeders, like Detroit or Ottawa, some believe it shouldn’t reward those clubs for tanking the season.

Some observers, like the New York Post’s Larry Brooks, are delighted with the outcome as it gives a decent NHL team a shot at winning the first-overall pick instead of it going to a poorly-run club. However, that pick could end up going to a lesser-followed NHL market like Arizona or Florida, or a smaller market like Edmonton or Winnipeg, or a team that doesn’t need it, like Pittsburgh or Toronto. So there’s something for everyone to bitch about.

If the season can’t be completed, the eight non-playoff clubs when the regular season was paused will each have an equal shot (12.5 percent) of winning the first-overall pick. The rest of the order will be determined in inverse order by points percentage.

Friedman believes if Toronto and Vegas are named the two host cities, the Eastern teams will play in Toronto and the Western clubs in Vegas. “We’re overthinking this one.”

Regarding CBA negotiations, Friedman doesn’t expect a vote by the NHLPA membership will take place before June 30, pointing out it could take 48-to-72 hours. Some players and agents believe there should be separate votes on the CBA and the health protocols for Phase 3 and 4 of the return-to-play plan.

Friedman’s also awaiting clarity on what the one-time 10-percent salary deferral will mean for the salary cap. Some sources believe it will give teams extra room, while another said it would be counted in the year earned. He also believes the NHLPA vote will pass but will be interested to see which players opt-out of the tournament.

SPECTOR’S NOTE: We already know Dallas Stars defenseman Roman Polak won’t be taking part. It remains to be seen how many others follow his lead.

Friedman also suggested the July 10 start date for training camp could be moved back by three-to-five days to allow time to get everything done. It won’t affect the start date (July 30) for the playoff tournament.

There’s some talk of the seven non-playoff teams having “games” sometime in the fall. Details are sketchy and it’s not a priority, but those clubs don’t want to be waiting until December or January to play.

SPECTOR’S NOTE: New Jersey Devils interim general manager Tom Fitzgerald floated that proposal earlier this month. He indicated the team presidents and general managers of those respective clubs have discussed a pitch to the league to address their situation. Exhibition games among those seven teams are one option they’re looking at.

THE SCORE: Edmonton Oilers GM Ken Holland said his club is more interested in a deep playoff run than the possibility of winning the first-overall pick.

SPECTOR’S NOTE: Holland’s attitude will be shared by the other clubs in the qualifying round. The opportunity to win that pick will be a nice consolation prize for failing to advance, but those clubs will be playing to win. Nobody’s tanking it just for a 12.5 percent chance of winning the draft lottery.

TSN: NHL deputy commissioner Bill Daly said the league will fairly evaluate every relevant consideration before deciding on the hub cities. The recent rise in COVID-19 cases in parts of the United States has some observers wondering what effect it’ll have on the league’s choices.

SPECTOR’S NOTE: Las Vegas reportedly remains a lock as one of the hub cities despite the spike in COVID-19 cases in that city and the state of Nevada. That’s prompted some observers to wonder if the league might look elsewhere. It’s expected we’ll find out sometime this week.

NBC SPORTS WASHINGTON: Capitals captain Alex Ovechkin skated at the club’s training facility yesterday for the first time since the schedule was paused in mid-March.

WINNIPEG SUN: Jets center Bryan Little won’t be taking part in the playoff tournament with his teammates. He’s still recovering from a perforated eardrum and concussion after being struck by a slap shot last November. He underwent surgery on his ear in March and said he’s feeling “pretty good” these days.

THE ATHLETIC: Montreal Canadiens center Jesperi Kotkaniemi will take part in training camp after recovering from an injured spleen. He will be available to play in the tournament but it remains to be seen if he’ll be inserted into the lineup.

← Red Wings have poor lottery ball luck in NHL Draft Lottery shocker Sunday NHL Rumor Roundup - June 28, 2020 →
We use cookies on our website to give you the most relevant experience by remembering your preferences and repeat visits. By clicking “Accept”, you consent to the use of ALL the cookies.
Do not sell my personal information.
Cookie SettingsAccept
Manage consent