​Could the Sabres, Senators, or Devils trade their 2020 first-round picks? Check out the latest in the Sunday NHL Rumor Roundup

THE BUFFALO NEWS: Mike Harrington believes Sabres general manager Kevyn Adams should trade his club’s first-round pick in the 2020 NHL Draft. The Sabres hold the No. 8 pick but Harrington proposes it should be in play. He feels the club needs immediate help and cannot wait two or three seasons for a prospect to develop. 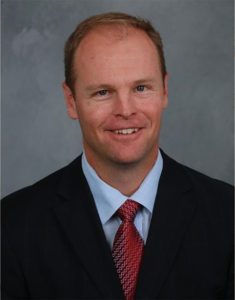 Harrington points out the Sabres need a second-line center, suggesting perhaps packaging the pick with defenseman Brandon Montour. “You don’t know who might be willing to deal until you put up that “For Sale” sign,” he writes.

Such a move comes with risk. Several players selected between seventh and 10th overall in recent years have gone on to stardom. Among them are Winnipeg’s Mark Scheifele, Philadelphia’s Sean Couturier, Colorado’s Mikko Rantanen, Toronto’s William Nylander, and Columbus’ Zach Werenski.

SPECTOR’S NOTE: Adams would make a bold statement by shopping that pick. Time will tell if he’s willing to entertain the possibility. It wouldn’t hurt to shop it around and see if someone’s willing to meet your asking price.

The return would have to be an established scoring center in his mid-twenties and under contract for several years. Yes, there’s risk in trading that pick away, but it would be worthwhile if the return provided instant help for the rebuilding Sabres.

SPORTSNET: Elliotte Friedman reports Ottawa Senators GM Pierre Dorion is cool to the notion of trading down from No.3 or No. 5 in the draft. He indicated it would have to be “a special player coming our way” to make that happen. Dorion also said a GM listens to everything and didn’t rule out selecting a goaltender with one of those picks. He declined to comment if he would offer those two picks for the first-overall pick.

OTTAWA SUN‘s Bruce Garrioch reported Dorion would listen to offers for either pick but is 99.9 percent sure he’ll keep them.

SPECTOR’S NOTE: Dorion played coy regarding that question about bundling those two picks for the first, but it wouldn’t surprise me if he made the pitch to whoever wins it. I think he knows he won’t get it but it wouldn’t hurt to ask. He’ll also likely listen to offers from other clubs but, as with trading down, it’ll take a special player for him to part with one or both selections.

SPECTOR’S NOTE: That decision might not be Fitzgerald’s to make. Devils’ ownership still hasn’t decided if they’ll keep him as their full-time GM or hire a replacement.

← NHL Morning Coffee Headlines - June 28, 2020 NHL Morning Coffee Headlines - June 29, 2020 →
We use cookies on our website to give you the most relevant experience by remembering your preferences and repeat visits. By clicking “Accept”, you consent to the use of ALL the cookies.
Do not sell my personal information.
Cookie SettingsAccept
Manage consent