SPORTSNET: In a recent mailbag segment, Andrew Berkshire was asked if the Montreal Canadiens should attempt to sign Dustin Byfuglien. The 35-year-old defenseman’s contract with the Winnipeg Jets was mutually terminated earlier this year.

Assuming Byfuglien is interested in continuing his NHL career, Berkshire doesn’t see a fit in Montreal. His age, injury history, and questions about his commitment to play are big warning flags.

SPECTOR’S NOTE: The Canadiens must bolster their blueline depth next season, but Byfuglien isn’t the answer here. We don’t know if he’s even interested in playing again. Assuming he is, those factors Berkshire raised will be significant issues.

HOLTBY TO THE FLAMES? 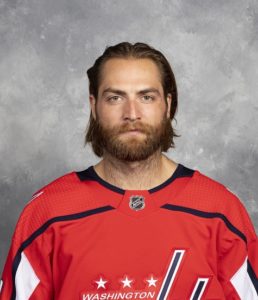 Berkshire was also asked where he thinks Braden Holtby will end up after this season. The Washington Capitals goaltender is due to become an unrestricted free agent. Berkshire said he’d be shocked if Holtby wants more than a one-year deal or if a club is willing to give him one. He points to the 30-year-old netminder’s recent struggles and feels he needs to prove himself again as a starter.

He believes the best option for Holtby is joining a team that is somewhat established but lacking a top-end goalie and with a highly touted prospect who could claim the net by 2021-22. He suggested the Calgary Flames, as Holtby could provide support for David Rittich with the Flames having to rush promising Dustin Wolf. However, that might not be necessary if Cam Talbot wants to return on a short-term deal.

SPECTOR’S NOTE: Cap constraints could prevent the Flames from signing Holtby. As per Cap Friendly, they have over $64.5 million invested in 13 players for 2020-21. RFAs include Andrew Mangiapane, Mark Jankowski, and Oliver Kylington, while the UFAs include T.J. Brodie, Travis Hamonic, Erik Gustafsson, and Michael Stone.

PHILLY.COM: In a recent mailbag segment, Sam Carchidi was asked if the Philadelphia Flyers were looking for a trade partner for Shayne Gostisbehere. While the 26-year-old defenseman struggled this season, the Flyers aren’t looking to just give him away. If they do try to move Gostisbehere, Carchidi thinks the asking price could be a young forward with 20-goal potential or a second-round draft pick.

SPECTOR’S NOTE: Gostisbehere has frequently surfaced in this season’s rumor mill. Following the trade deadline, Flyers general manager Chuck Fletcher denied Gostisbehere was on the trade block. Considering the growing depth on the Flyers’ blueline and their need for secondary scoring, Ghost Bear will probably remain the subject of trade speculation.

Last December, Andersson returned home to Sweden and demanded a trade, prompting the Rangers to suspend him. Both sides agreed he would be allowed to play for his hometown club for the remainder of the season.

SPECTOR’S NOTE: Andersson has popped up from time to time in trade rumors, usually linking him to Edmonton Oilers winger Jesse Puljujarvi, who spent this season in Finland after requesting a trade. Most of the trade chatter suggests little or no interest in the once-promising young center.

← NHL Morning Coffee Headlines - June 19, 2020 Botterill Joins Several Former Assistant General Managers Who Failed As NHL GMs →
We use cookies on our website to give you the most relevant experience by remembering your preferences and repeat visits. By clicking “Accept”, you consent to the use of ALL the cookies.
Do not sell my personal information.
Cookie SettingsAccept
Manage consent