STLTODAY.COM: In a recent live chat with Blues fans, Tom Timmermann was asked how the club could afford to keep Justin Faulk if they re-sign Alex Pietrangelo. Doing so would involve freeing up some salary-cap space by trading two well-paid players. Timmermann also suggested Faulk could be exposed in the 2021 NHL expansion draft. 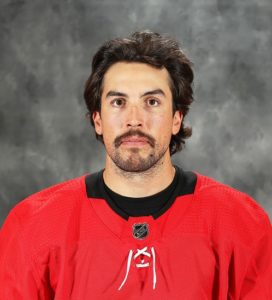 SPECTOR’S NOTE: The Blues have over $79.4 million invested in 20 players (stick tap to Cap Friendly) with Pietrangelo and blueliner Vince Dunn as their notable free agents to re-sign. There’s been speculation for weeks over which players the Blues could trade (or buy out) to free up cap room for those two, with Tyler Bozak ($5 million annually through 2020-21) and Alexander Steen ($5.75 million through ’20-’21) considered the likely candidates. Bozak has a 10-team no-trade list while Steen’s no-trade expires on Feb. 1.

Maybe Blues general manager Doug Armstrong surprises us by trading Faulk at season’s end after re-signing him last fall to a long-term extension, but that would mean he waives his no-trade clause. It’s assumed Faulk was acquired and re-signed as insurance in case Pietrangelo departs via free agency later this year.

Speaking of Pietrangelo, Timmermann thinks the odds of the Blues captain staying put have slightly increased because he’s unlikely to get a lot of lucrative contract offers if the salary cap remains flat for next season. If Pietrangelo agrees to a short-term deal, the Blues have a better chance of re-signing him. Nevertheless, Timmermann reminds us it only takes one team with lots of cap space to put an end to that.

TSN analyst Craig Button points out the Senators also have lots of salary-cap space for next season. That will work to their advantage as there will be teams looking to shed salary to become cap compliant.

SPECTOR’S NOTE: I expect Dorion could use some of those picks and his cap room to bring in one or two good, young NHL players. The Senators have only $41.9 million invested in nine players.

Much of that cap space will be invested in re-signing RFAs like Connor Brown, Chris Tierney, and Anthony Duclair, and perhaps one or two UFAs like Ron Hainsey or Mark Borowiecki. I doubt they’ll be a cap team, but I do believe they’ll be willing to invest in some NHL talent if it will help them over the long term.

← NHL Morning Coffee Headlines - June 30, 2020 NHL Morning Coffee Headlines - July 1, 2020 →
We use cookies on our website to give you the most relevant experience by remembering your preferences and repeat visits. By clicking “Accept”, you consent to the use of ALL the cookies.
Do not sell my personal information.
Cookie SettingsAccept
Manage consent