Recent updates on the Red Wings and the latest on Chris Tanev in today’s NHL rumor mill.

DETROIT FREE PRESS: In a recent evaluation of the Red Wings’ roster, Helene St. James doesn’t expect Jimmy Howard, Trevor Daley, Jonathan Ericsson will be back. They’re unrestricted free agents at the end of this season. 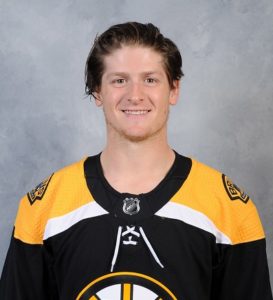 Winger Justin Abdelkader could face waivers next season if his performance doesn’t improve.

THE HOCKEY NEWS: Matt Larkin observed the Wings will have about $35 million in salary-cap space for 2020-21. With only 11 players under contract, general manager Steve Yzerman will still have to spend even after re-signing key players like Bertuzzi and Fabbri.

Larkin wondered if the stage was set for Michigan native Torey Krug to join his boyhood club. The 29-year-old Boston Bruins defenseman is an unrestricted free agent after this season.

SPECTOR’S NOTE: Larkin joins several pundits wondering if Yzerman might woo Krug home to the Wings. If the blueliner tests the UFA market and is keen to join the Wings, Yzerman could make a pitch.

Nevertheless, Yzerman recently said he’s looking at making sensible signings to provide his young core with some short-term experienced depth. If that’s the plan, he won’t be pursuing big-ticket UFA talent like Krug.

Even if Yzerman was willing to go that route, there’s no guarantee Krug or the other top UFA players will want to sign long-term deals with the rebuilding Wings.

SPORTSNET: Iain MacIntyre reports Chris Tanev feels at home with the Vancouver Canucks and hopes to stay. The 30-year-old defenseman has spent his entire NHL career with the Canucks, but he’s an unrestricted free agent at season’s end.

Before the pandemic struck and cast everything in doubt, including next season’s salary cap, Tanev was considered a second priority for the Canucks to re-sign following goalie Jacob Markstrom and winger Tyler Toffoli. The blueliner said he can see players sign one-year deals in the hope the league’s finances improve next season.

SPECTOR’S NOTE: Cap Friendly indicates the Canucks have over $63.4 million invested in 14 players. Along with Tanev, Markstrom and Toffoli, Jake Virtanen, Josh Leivo, Adam Gaudette, Troy Stecher, and Tyler Motte must be re-signed or replaced.

Unless the Canucks shed a salary or two, they won’t have room for everybody, especially if they re-sign Markstrom and Toffoli. However, uncertainty over the league’s revenue could work in their favor if some of those free agents are willing to accept one-year deals at affordable prices.

← NHL Morning Coffee Headlines - June 6, 2020 No Asterisk Required for 2020 Stanley Cup Champion →
We use cookies on our website to give you the most relevant experience by remembering your preferences and repeat visits. By clicking “Accept”, you consent to the use of ALL the cookies.
Do not sell my personal information.
Cookie SettingsAccept
Manage consent