NBC SPORTS BOSTON: Bruins president Cam Neely doesn’t expect wingers David Pastrnak and Ondrej Kase on the ice before the club flies to Toronto on Sunday for the upcoming playoff tournament under Phase 4 of the NHL’s return-to-play plan. Pastrnak’s been quarantined after coming into contact with someone who tested positive for COVID-19. Kase, meanwhile, has been deemed unfit to play with no explanation as per league health protocols. 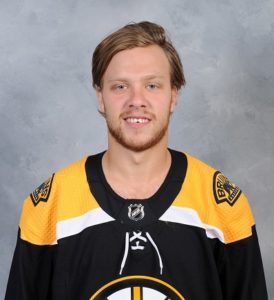 Both players were seen together socially in Boston’s North End and skating together locally before their disappearance from Bruins’ training camp. Neely said he wished both players had returned to Boston from the Czech Republic a little earlier but noted the club had no control over that. The previous phase of the return-to-play plan didn’t require players to be in their NHL cities until the days leading up to the July 13 start of Phase 3.

SPECTOR’S NOTE: Pastrnak and Kase are expected to travel with their teammates to Toronto for Phase 4. Fortunately for the Bruins, both players will have roughly two weeks to get back into game shape. That because they’re already assured of a playoff berth and will be taking part in the round-robin seeding round during the qualifying round.

TRIBLIVE.COM: Pittsburgh Penguins fans can breathe a little easier. Captain Sidney Crosby returned to practice yesterday for the first time since leaving the ice during a scrimmage on Saturday. He skated on his own but didn’t take part in team practice. As per league protocols, coach Mike Sullivan did not explain.

SPECTOR’S NOTE: Crosby’s absence was not COVID-related. He appears to be nursing what could be a minor injury.

CHICAGO SUN-TIMES: Jonathan Toews was reportedly one of two NHLPA player reps to vote against the return-to-play plan and CBA extension. Sportsnet’s Elliotte Friedman reported the Blackhawks captain was among the most vocal of the player reps, asking relevant questions and challenging whether it was safe enough to return to play. Carolina Hurricanes’ Jordan Martinook was the other PA rep to vote against it.

SPECTOR’S NOTE: Toews’ questioning shouldn’t be surprising. He also took an active interest in CBA negotiations during the 2012-13 lockout. By the sound of things, his position was well-intentioned. He now has more pressing concerns as he was listed as “unable to participate” since leaving practice on Monday.

NBC SPORTS PHILADELPHIA: Oskar Lindblom’s comeback from a rare bone cancer continued yesterday as the Flyers re-signed him to a three-year, $9-million contract. The annual average value is $3 million. Management also isn’t ruling anything out if the winger travels to Toronto with his teammates for the upcoming playoff tournament.

SPECTOR’S NOTE: It could be the feel-good story of the postseason if Lindblom returns to action during the upcoming tournament. The Flyers will leave that decision up to him.

SPORTSNET: Andreas Johnsson will be joining his Toronto Maple Leafs teammates inside the team bubble for Phase 4. He intends to continue his recovery from knee surgery with the team and hopes to return to the lineup during the playoffs if the Leafs get that far.

THE SEATTLE TIMES: The NHL’s Seattle expansion franchise is expected to reveal their team name later today. A live-streamed news conference is slated for 9 AM PT today for a “significant” event. The club teased the event on Twitter yesterday.

WINGING IT IN MOTOWN: The Detroit Red Wings are open to loaning winger Filip Zadina to the Czech League’s HC Ocelari. The Wings could be waiting until December at the earliest for the start of the next NHL season. Loaning out Zadina would allow the youngster to get in some meaningful gameplay before then.

NEW YORK POST: Swiss investment bank UBS has secured the naming rights for the Islanders’ new arena at Belmont Park. The arena is expected to be ready for the 2021-22 season.

IIHF.COM: Former Soviet defenseman Alexander Gusev passed away at age 73. Gusev was part of two World Championship clubs in 1973 and 1974, won gold at the 1976 Winter Olympics, and was part of two Summit Series with Canadian NHL stars in 1972 and WHA stars in 1974.

← 2020 NHL Awards: Hart, Norris, and Selke Finalists NHL Rumor Mill - July 23, 2020 →
We use cookies on our website to give you the most relevant experience by remembering your preferences and repeat visits. By clicking “Accept”, you consent to the use of ALL the cookies.
Do not sell my personal information.
Cookie SettingsAccept
Manage consent