​As the 24 teams involved in the return-to-play plan move to their hub cities for the upcoming playoff tournament, check out the latest NHL morning coffee headlines.

NBC SPORTS CHICAGO: Blackhawks goaltender Corey Crawford finally took part in training camp yesterday and confirmed he had tested positive for COVID-19. After self-quarantining in Chicago for the past several weeks, Crawford received clearance to resume practicing and will travel with his teammates to Edmonton for the upcoming playoff tournament. 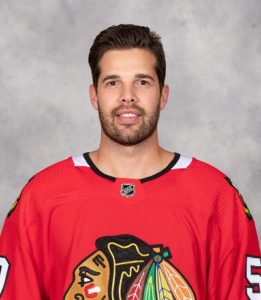 SPECTOR’S NOTE: That explains why the Blackhawks management and coaching staff were so cryptic about Crawford’s status over the past two weeks. It’s potentially good news for the Hawks if their long-time starter can shake off the rust before they face off against the Oilers in their qualifying round series. He’ll only have a few days to try to get up to speed.

NBC SPORTS BOSTON: Bruins winger David Pastrnak will travel with his teammates to Toronto for the upcoming tournament after missing all but one practice due to potential exposure to someone with COVID-19. Ondrej Kase’s status, however, remains uncertain after being unfit to participate in Phase 3 training.

SPECTOR’S NOTE: Kase’s situation has sparked speculation he tested positive for COVID-19 because league protocols prevent the Bruins from elaborating on his condition.

NBC SPORTS WASHINGTON: An injury suffered before Phase 3 training camp will prevent goaltender Ilya Samsonov from traveling to Toronto with his Capitals teammates. He’ll remain in Washington for treatment and is expected to be healthy for the 2020-21 season.

SPECTOR’S NOTE: Fortunately for the Capitals, long-time starter Braden Holtby had a good training camp and should be match-fit for the upcoming tournament. Nevertheless, the loss of Samsonov could become a significant factor if Holtby should be sidelined or struggles in the playoffs.

THE NEWS & OBSERVER: Dougie Hamilton was absent from the Carolina Hurricanes’ final training-camp session yesterday. He’s been sidelined since Wednesday after leaving the ice in some discomfort. Forward Martin Necas left the ice on Saturday but his condition isn’t considered serious.

SPECTOR’S NOTE: Hamilton’s return would provide a big boost to an already-deep Hurricanes defense corps. They can adjust without him but they’d be much better with the mobile Hamilton patrolling the blueline.

WINNIPEG FREE PRESS: Jets winger Nikolaj Ehlers skated briefly yesterday but didn’t scrimmage with his teammates. He’s believed to be nursing an injury as he was held out of Thursday’s scrimmage.

EDMONTON JOURNAL: Oilers defenseman Darnell Nurse was held out of practice yesterday as a precautionary measure after tweaking something earlier in the week. Center Riley Sheahan left yesterday’s scrimmage with an apparent injury.

PHILLY.COM: Flyers goaltender Carter Hart took part in a full practice yesterday and said he’ll be ready for the club’s upcoming exhibition game this week against the Pittsburgh Penguins.

THE PROVINCE: Vancouver Canucks winger Micheal Ferland has played his way back into a regular roster spot. He’ll be traveling with his teammates to Edmonton for the playoff tournament. Ferland missed most of this season and the early part of training camp dealing with head trauma symptoms.

LATEST ON CHAYKA AND THE COYOTES

SPORTSNET: Elliotte Friedman reports the relationship between the Arizona Coyotes ownership and general manager John Chayka apparently fell apart over the latter receiving a job opportunity with another club.

The Coyotes were approached about Chayka’s availability and permitted him to explore the offer. An NHL source said the offer wasn’t for a general manager position. When it became apparent Chayka could leave, the Coyotes resisted. The two sides reportedly discussed a transition period where he would finish out the season as Coyotes GM, but talks fell apart.

AZ COYOTES INSIDER Craig Morgan asked a Coyotes spokesperson about Chayka’s status but they declined to comment. Morgan also said the job opportunity wasn’t with another team but was another professional opportunity.

AZCENTRAL: Kent Somers and Richard Morin report the Coyotes ownership group made a contract offer to Taylor Hall during a recent dinner meeting. Chayka was not part of that meeting and learned about the offer a day or two later.

OTTAWA CITIZEN: Patrick Johnston suggests Buffalo could be a destination for Chayka. Pegula Sports and Entertainment own the Sabres, the NFL Bill, and the AHL’s Rochester Americans.

SPECTOR’S NOTE: Morgan wonders why the Coyotes balked after granting Chayka permission to explore it. What’s apparent is the relationship between the two sides is eroding, perhaps to the point where Chayka seems to be on his way out. It’s a puzzling situation that could become an unnecessary distraction as the Coyotes head to Edmonton for the upcoming playoff tournament.

← What's the NHL's Plan For a Full 82-Game Schedule in 2020-21? Sunday NHL Rumor Roundup - July 26, 2020 →
We use cookies on our website to give you the most relevant experience by remembering your preferences and repeat visits. By clicking “Accept”, you consent to the use of ALL the cookies.
Do not sell my personal information.
Cookie SettingsAccept
Manage consent