​Check out the latest speculation on the Oilers and Sabres in today’s NHL rumor mill.

EDMONTON JOURNAL: David Staples recently reported the Oilers will be squeezed by the salary cap remaining at $81.5 million for 2020-21. With over $71 million already invested in next season’s payroll, general manager Ken Holland will have around $10.5 million available.

Staples feels $10.5 million should be enough to retain those free agents or bring in potential replacements. However, it rules out the possibility of pursuing a big-ticket free agent. He knows some Oilers followers would love to see the club bring back winger Taylor Hall, but that doesn’t seem possible, especially with younger players like Bear, Kailer Yamamoto, and Evan Bouchard in need of contracts down the road. 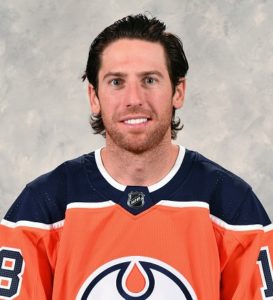 Could the Edmonton Oilers consider an off-season buyout of James Neal’s contract? (Photo via NHL Images)

It could also be difficult to re-sign Ryan Nugent-Hopkins and Adam Larsson if the cap stays flat for 2021-22. Both are due to become UFAs next summer.

He speculates useful UFAs like Smith and center Riley Sheahan could find cost-conscious offers unacceptable. The Oilers could also trade or walk away from RFAs like Athanasiou or Benning, who have arbitration rights.

For those without arbitration rights like Bear, Mitchell speculates they could get an affordable one-year bridge deal. They could also consider trading Kris Russell or Alex Chiasson or buying out winger James Neal’s contract.

SPECTOR’S NOTE: The fates of some of those free agents could depend upon their play in the upcoming playoff tournament. The same goes for Russell, Chiasson, or Neal. I agree that those players lacking arbitration will probably have to accept bridge deals for a year or two.

As Staples observed, Russell could be enticing to a cost-conscious club looking to reach the cap floor. He carries a $4 million cap hit but will earn just $1.5 million in actual salary after being paid his $1 million signing bonus for 2020-21. That’s assuming one of those clubs will be on his 15-team trade list for next season.

Cap Friendly indicates buying out Neal would free up over $3.8 million, leaving just over $1.9 million against the Oilers cap. However, it would also be that much dead cap space annually for the next six seasons.

Holland could be reluctant to move Chiasson. He carries an affordable $2.15 million cap hit for next season.

SPECTOR’S NOTE: Toffoli, a skilled two-way player with Stanley Cup experience, would be the best bet. Granlund struggled following his trade from Minnesota last season but improved when John Hynes took over as Predators coach at midseason.

Both could provide a welcome boost to the Sabres’ secondary scoring. Signing them, however, could be difficult given the Sabres’ recent reputation as a dysfunctional franchise.

← NHL Morning Coffee Headlines - July 6, 2020 NHL Teams Most Affected By a Flat Salary Cap for 2020-21 →
We use cookies on our website to give you the most relevant experience by remembering your preferences and repeat visits. By clicking “Accept”, you consent to the use of ALL the cookies.
Do not sell my personal information.
Cookie SettingsAccept
Manage consent