NHL.COM: Nazem Kadri scored with a fraction of a second remaining in the game to lift the Colorado Avalanche over the St. Louis Blues 2-1 in round-robin play. Ryan Graves also scored for the Avs while Philipp Grubauer made 31 stops. David Perron tallied the sole Blues’ goal while Jordan Binnington made 36 saves. 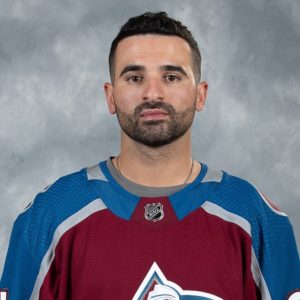 SPECTOR’S NOTE: Binnington was outstanding in a losing cause for the Blues, especially in the first period when the Avs dominated his teammates. Their play improved as the game went on but the Avs still had better scoring chances.

The @Avalanche take Game 1 thanks to Nazem Kadri (@43_Kadri). #StanleyCup Round Robin pic.twitter.com/OCkM41ViTO

Columbus Blue Jackets goaltender Joonas Korpisalo made 28 saves to shut out the Toronto Maple Leafs 2-0 in Game 1 of their best-of-five qualifying round series. Cam Atkinson netted the game-winner and Alexander Wennberg got the insurance goal with an empty-netter. Leafs goalie Frederik Andersen turned aside 34 shots.

SPECTOR’S NOTE: The Blue Jackets’ grinding style sucked the life out of the Leafs’ offense. Not that they didn’t get some quality chances but Korpisalo was superb, robbing Auston Matthews in the second period with a flashy glove save.

ROBBED! Look at this save by Korpisalo on Auston Matthews! #CBJ pic.twitter.com/yY46idimPl — Here’s Your Replay ⬇️ (@TheReplayGuy) August 3, 2020

Jared Spurgeon scored twice and set up the winning goal while Alex Stalock had a 28-save effort as the Minnesota Wild blanked the Vancouver Canucks 3-0 to take Game 1 of their qualifier. Kevin Fiala netted the game-winner with a power-play slapper in their first period.

SPECTOR’S NOTE: The Wild’s experience came through in this game. They effectively neutralized the Canucks’ young guns while creating quality scoring chances of their own. Canucks winger Micheal Ferland could get a call by the NHL department of player safety after appearing to spear Ryan Hartman on the Wild bench.

A three-goal second period powered the Philadelphia Flyers over the Boston Bruins 4-1 in round-robin play. Flyers goalie Carter Hart made 34 saves for his first-ever NHL postseason win. Michael Raffl had a goal and an assist but left the game in the third period with an apparent leg injury. Jaroslav Halak was in net for the Bruins as starter Tuukka Rask was deemed unfit to play. His status for Wednesday’s round-robin game against the Tampa Bay Lightning is uncertain.

SPECTOR’S NOTE: The Flyers played as though this was a playoff game, while the Bruins seemed to treat it as an exhibition contest. Yes, it’s only a round-robin that determines final seeding for the playoffs, but that doesn’t excuse what seemed like a halfhearted effort by the Bruins.

Arizona Coyotes goaltender Darcy Kuemper kicked out 40 shots in a 4-3 victory over the Nashville Predators. Christian Dvorak had a goal and an assist while Taylor Hall and Phil Kessel each collected two assists. Filip Forsberg scored twice for the Predators. The Coyotes lead the series 1-0.

SPECTOR’S NOTE: Check out my take on this game here.

TSN: Sara Orlesky reports a source claims Mark Scheifele’s apparent leg injury isn’t believed to be long-term. The Winnipeg Jets center was hurt during the first period of Game 1 of his club’s qualifier against the Calgary Flames following a collision with Flames winger Matthew Tkachuk. Scheifele left the game in obvious pain and didn’t return. He’s not expected to play in Game 2 tonight.

WINNIPEG SUN: Jets coach Paul Maurice doubled down on his accusation that Tkachuk deliberately injured Scheifele. Maurice also provided no update about the condition of winger Patrik Laine, who also left Game 1 with what appeared to be an injured hand. Per league protocols, the Jets can’t reveal the full details of their injuries.

CALGARY SUN: Flames coach Geoff Ward defended Tkachuk, claiming his winger was trying to finish his check but Scheifele’s sudden shift in direction caught the Flames winger off-balance as they collided into the boards.

SPECTOR’S NOTE: This is similar to the Matt Cooke incident with Erik Karlsson in 2013. Cooke’s skate blade accidentally sliced Karlsson’s Achilles tendon, but he was accused of purposefully injuring the blueliner.

Like Cooke, Tkachuk has a reputation for cheap shots, which could explain why Maurice felt that hit was a deliberate attempt to injure Scheifele. In this instance, however, I agree with Ward that it was an unfortunate accident.

THE NEW & OBSERVER: Carolina Hurricanes defenseman Dougie Hamilton remains sidelined with an undisclosed injury. He could be a week or so away from returning to the lineup.

← NHL Postgame Notebook: Nashville Predators vs Arizona Coyotes Game 1 NHL Rumor Mill - August 3, 2020 →
We use cookies on our website to give you the most relevant experience by remembering your preferences and repeat visits. By clicking “Accept”, you consent to the use of ALL the cookies.
Do not sell my personal information.
Cookie SettingsAccept
Manage consent