The Lightning beat the Stars to tie the Stanley Cup Final at a game apiece, the latest NHL Award winners are revealed, and more in today’s NHL morning coffee headlines.

NHL.COM: The Tampa Bay Lightning scored three first-period goals and held on to edge the Dallas Stars 3-2 in Game 2 of the Stanley Cup Final, tying the series at a game apiece. Brayden Point, Ondrej Palat and Kevin Shattenkirk tallied for the Lightning, while Joe Pavelski and Mattias Janmark replied for the Stars. Game 3 is Wednesday at 8 pm ET.

SPECTOR’S NOTE: The Stars were sloppy and undisciplined in the first period, giving up two power-play goals and getting outshot 14-6. They rallied back with a better effort over the next two periods to make it interesting, but the Lightning got solid goaltending from Andrei Vasilevskiy for the win. The Stars also lost Blake Comeau to injury in the second period. An update on his condition could be released today. 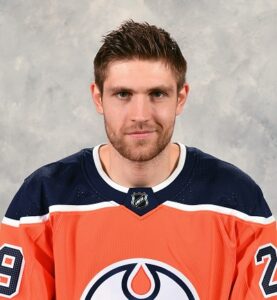 Edmonton Oilers forward Leon Draisaitl is the winner of the 2020 Hart Memorial Trophy and the 2020 Ted Lindsay Award. Draisaitl was also this season’s winner of the Art Ross Trophy as the NHL’s leading scorer.

Winnipeg Jets goaltender Connor Hellebuyck is the 2020 winner of the Vezina Trophy. He’s the first Jet to win a major award since Teemu Selanne won the Calder Memorial Trophy in 1993.

Colorado Avalanche defenseman Cale Makar is the winner of the 2020 Calder Trophy as the NHL’s top rookie. He’s the first Avs player to win that honor since teammate Nathan MacKinnon in 2013-14.

SPECTOR’S NOTE: Congratulations to all of this year’s winners.

The NHL also revealed its 2019-20 First and Second All-Star Teams.

← Stanley Cup: Lightning Seek Bounce-Back Effort in Game 2 NHL Rumor Mill - September 22, 2020 →
We use cookies on our website to give you the most relevant experience by remembering your preferences and repeat visits. By clicking “Accept”, you consent to the use of ALL the cookies.
Do not sell my personal information.
Cookie SettingsAccept
Manage consent