The latest on the Bruins, Red Wings, Capitals and Jets in today’s NHL rumor mill.

NBC SPORTS BOSTON: DJ Bean wonders if the Bruins intend to trade Jake DeBrusk. The 24-year-old winger is a restricted free agent who averaged 20 goals per season over the course of his entry-level contract. He’s also surfaced in recent trade rumors. 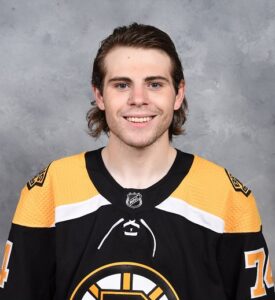 Bean considers DeBrusk as one of the Bruins’ best trade chips if they were serious about making a big splash this offseason, “but perhaps they aren’t.” If not, he ponders how much the winger should get on his next contract and for how long. Bean suggested something around $4 million annually on a short-term deal.

SPECTOR’S NOTE: Bean also acknowledged the flattened salary cap could explain why the Bruins haven’t signed DeBrusk yet. They could still make that big offseason move or perhaps wait until training camp/preseason to make that splash with the young winger as the centerpiece. Otherwise, a two-year contract worth $4 million annually for DeBrusk seems the most likely route.

MLIVE.COM: Ansar Khan observes the Detroit Red Wings should have around $8 million in salary-cap space once their restricted free agents are signed. He noted Wings general manager Steve Yzerman didn’t rule out adding another player via the free-agent market.

SPECTOR’S NOTE: Yzerman could dip into the market to add a veteran on an affordable short-term contract. I doubt he’ll bring Athanasiou back after his disappointing performance last season. I still expect Chara to return to the Bruins while Hoffman reportedly seeks a one-year, $6-million deal. The Wings’ defense corps could benefit from adding a veteran like Hamonic or Vatanen.

NBC SPORTS WASHINGTON: explored the Capitals options to add a 13th forward. Among them could be trading Nick Jensen.

The 30-year-old defenseman would be an obvious trade candidate, though the current economic conditions make it difficult to move a player who’s struggled in Washington with three years left on his contract. However, Jensen’s a right-shot blueliner carrying an affordable $2.5 million cap hit, though the Capitals might have to include an asset in the deal.

WINNIPEG FREE PRESS: Jason Bell reports the Jets might be shopping Sami Niku, but the 24-year-old defenseman isn’t seeking a trade. His agent said his client has not asked to be moved. Niku and forward Jack Roslovic have surfaced in trade rumors of late. The blueliner is a restricted free agent.

← NHL Morning Coffee Headlines - October 27, 2020 NHL Morning Coffee Headlines - October 28, 2020 →
We use cookies on our website to give you the most relevant experience by remembering your preferences and repeat visits. By clicking “Accept”, you consent to the use of ALL the cookies.
Do not sell my personal information.
Cookie SettingsAccept
Manage consent