Details emerge from the NHL board of governors briefing for the 2020-21 season, the Sharks could face vacating their arena, an update on Bobby Ryan and more in today’s morning coffee headlines. 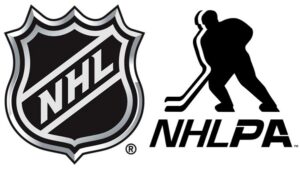 The league reiterated its intent to open the 2020-21 season on Jan. 1, 2021, in its video conference call with its board of governors on Thursday. Neither that date nor a format for the season, however, is carved in stone. Many governors and owners wonder if Feb. 1 might be more realistic.

Players have not yet been provided a date to report to their respective cities.

There’s a growing appetite for teams to open their seasons in their own arenas rather than in hybrid bubbles, though the latter remains an option. The cost of operating those bubbles and the potential lost revenue with games staged at neutral sites is behind the preference for each team to travel city to city to complete a shortened regular season as the NFL and MLB have done.

Under that scheme, there would be temporary divisional realignments, including an all-Canadian division. Teams would be permitted to have a limited number of fans based on local and regional health regulations, with the hope that capacities could expand over the course of a season and a vaccine becomes available. It would also allow teams to recoup in-arena signage and broadcasting ad revenue.

Teams would travel to divisional opponents to face each other in short series of games similar to that of a baseball schedule to reduce travel and players’ time away from their families.

The only certainty is there won’t be an 82-games schedule. Various models involved 48 to 62-game schedules.

NHL players have braced for a possible proration of salaries. Under the new CBA they agreed to be paid 72 percent of their salaries for 2020-21, with 20 percent paid back to owners for last season’s losses plus a 10 percent deferral. Seravalli explains it’s 72 percent because it’s 20 percent off the top plus 10 percent of the remaining 80 percent.

NHLPA members were told to expect an ask of increased salary deferral for next season rather than proration. It won’t change what they get paid, only when they get it, but they might be expected to give up something in return, though it has yet to be determined what that might be.

NEW YORK POST: Larry Brooks reports the NHL envisions a 14-day training camp as the run-up to the start of the season. If it’s Jan. 1, that could cause some conflicts for players to spend time with their families during Christmas because of COVID-19 travel restrictions. It probably wouldn’t be a deal-breaker but it could become a topic of conversation.

Brooks adds NHLPA executive director Donald Fehr is steadfast that the union won’t accept salary proration for a season of fewer than 82 games. Meanwhile, sources claim three-to-five owners said they’d be unable to survive under these circumstances and would be better off not playing the season. He also said the league has pitched a further salary deferral to the PA rather than proration.

Players remain scattered across the globe while the return-to-play committee has yet to stage a meeting.

SI.COM/THE HOCKEY NEWS: Ken Campbell reports the league remains cautious in its approach to opening next season. As they did in this summer’s successful return-to-play playoff tournament, they’re taking their time and garnering as much information as possible before making firm announcements on a 2020-21 schedule.

SPECTOR’S NOTE: If the league is going with a January 1 start, their 14-day training camp will have to begin no later than Dec. 18. Last season’s seven non-playoff clubs were promised an earlier start of 7-to-10 days, which could see them begin on Dec. 8.

The return-to-play committee still has some time to hammer out an agreement for a Jan. 1 start but they must get started soon. It’s looking like the NHL and NHLPA bigwigs will work out the main issues and the committee could end up addressing secondary issues.

The players will definitely prefer another salary deferral over proration. That the league is willing to offer up deferral over proration indicates they don’t want labor strife to derail their plans for next season. As Seravalli pointed out, however, they’re probably going to have to give up something in return. It could be accepting a much higher deferral rate.

Any return-to-play plan, however, depends upon the course of the pandemic. The league and the players may want to start as soon as possible, but the growing number of cases throughout North America could push that start date into February or March.

NBC SPORTS BAY AREA: Proposed development around the SAP Center could force the San Jose Sharks to leave the arena. Team president Jonathan Becher said the Sharks don’t want to leave, but the city’s plans for developing the area surrounding the arena could make it difficult for fans to get to the area. It’s unclear if Becher’s statement means the Sharks would have to build a new arena or move to another city in the Bay Area.

THE ATHLETIC: Craig Custance reports Bobby Ryan admitted he was shocked when the Ottawa Senators informed him they were buying out his contract. He said the conversation lasted about a minute. “There’s not really much to say. What do you say, really? I said, “OK, thank you, good luck” and that’s it,” said Ryan.

Ryan also said he was impressed by the pitch of Detroit Red Wings general manager Steve Yzerman. He indicated he chose the rebuilding Wings because he felt he still had some high-end hockey left in him and didn’t want to be a third- or fourth-line player. Yzerman told him he’d get the opportunity to skate on the top nine in Detroit.

He added the Wings GM said if Ryan’s having a good year and wants to move on and there’s interest in the winger at the trade deadline, they can sit down and discuss those things.

CHICAGO TRIBUNE: Malcolm Subban has an opportunity to become a starting goaltender with the Blackhawks. The club intends to make it a competition between Subban, Collin Delia and Kevin Lankinen which will play out over the course of the season.