The latest on Johnny Gaudreau and Mike Hoffman plus an update on the Blackhawks in today’s NHL rumor mill.

NHL.COM: In a recent mailbag segment, Tracey Myers was asked about the trade rumors surrounding Calgary Flames winger Johnny Gaudreau and if a move to the Philadelphia Flyers would help his production. 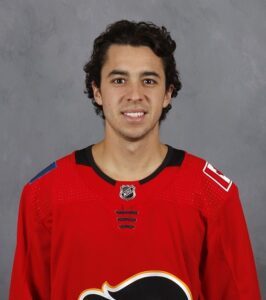 Myers acknowledged last season’s dip in Gaudreau’s production but believes he’ll bounce back in 2020-21. She noted the winger has two years remaining on his contract and his desire to stay in Calgary. While there might be Philadelphia fans who’d welcome seeing the Salem, NJ native in a Flyers jersey, Myers doubts the Flames are ready to move him.

SPECTOR’S NOTE: There were plenty of calls from many of the Flames faithful demanding Gaudreau be traded following the club’s disappointing performance in the 2020 playoffs. However, Flames general manager Brad Treliving shot down that notion and defending his embattled scorer. I agree with Myers’ take, but that situation could change if Gaudreau has another sub-par performance or the Flames make another early postseason exit.

Myers was also asked if the St. Louis Blues could sign free-agent winger Mike Hoffman to a cheap, one-year contract, and if he’d be a good fit in the tight Blues locker room.

She noted they found sufficient offense when winger Vladimir Tarasenko missed most of last season. With Tarasenko sidelined again with shoulder surgery for five months, she suggested inking Hoffman to replace some of his offense might be worth looking into. Hoffman is willing to accept a one-year contract and Myers feels he’d be a good fit with the Blues.

SPECTOR’S NOTE: Blues GM Doug Armstrong didn’t rule out making another addition via free agency but suggested it might not make sense dollar-wise. Cap Friendly indicates the Blues sit above the $81.5 million cap by over $1.175 million with defenseman Vince Dunn still to sign.

Armstrong gets some cap relief by placing Tarasenko ($7.5 million) and Alex Steen ($5.75 million) on long-term injury reserve, but he’ll have to clear cap room when they return to the lineup at some point during the season. Hoffman is also believed seeking $6 million on a one-year deal, which could prove too expensive for the Blues to absorb.

Asked if the Chicago Blackhawks could find a buyer for one of their four big contracts, Myers believes Jonathan Toews, Patrick Kane, Duncan Keith and Brent Seabrook will finish their careers in Chicago.

Toews, Kane and Keith are signed through 2022-23, Seabrook through 2023-24. They all have full no-movement clauses. She noted Toews recently said he has no interest in playing anywhere else and would be surprised if Kane and Keith felt differently. The Blackhawks have given no indication they’re trading Seabrook. Given his contract, Myers considers it unlikely.

SPECTOR’S NOTE: Maybe one or more of those four will feel differently in a couple of years if the rebuilding Blackhawks haven’t made sufficient progress. For now, I don’t expect either of them to be changing teams. Their contracts remain tough to move and their no-movement clauses give them full control over their futures.

← NHL Morning Coffee Headlines - November 12, 2020 NHL Morning Coffee Headlines - November 13, 2020 →
We use cookies on our website to give you the most relevant experience by remembering your preferences and repeat visits. By clicking “Accept”, you consent to the use of ALL the cookies.
Do not sell my personal information.
Cookie SettingsAccept
Manage consent