A look at the latest list of notable unrestricted free agents in today’s NHL rumor mill. 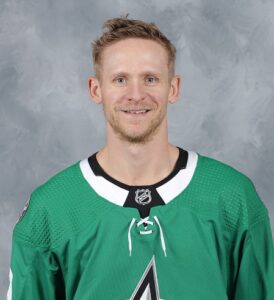 Could Corey Perry sign with the Ottawa Senators? (NHL Images)

SPECTOR’S NOTE: It’s been widely reported Hoffman seeks a one-year, $6 million contract and is willing to be patient to get the deal he wants. The Nashville Predators are rumored to be among his suitors.

There’s some recent speculation linking Haula to the Pittsburgh Penguins but they’ve got $80.1 million invested in 23 players. Unless they shed salary there’s no room for another UFA addition.

Perry’s been linked to the Ottawa Senators but I wouldn’t be surprised if he returns to the Dallas Stars on a one-year deal. Nothing new on Granlund and Duclair, though that doesn’t mean there’s no interest in either winger.

SPECTOR’S NOTE: Nothing of note regarding Vatanen, Athanasiou, Soderberg and Hamonic but Chara’s future remains a topic of interest. It was assumed the long-time Bruins captain would return for another season in Boston. However, that’s no longer a certainty as he intends to take his time before reaching a decision.

SPECTOR’S NOTE: Kovalchuk is reportedly hoping to sign with a contender and is waiting for the right offer. There was talk earlier this year that the Montreal Canadiens might try to bring him back but their offseason acquisitions of Josh Anderson and Tyler Toffoli make that unlikely.

The New York Islanders are working to bring back Martin. It’s rumored the San Jose Sharks have spoken with Sheary. Nothing new about Frolik while hip surgeries may have ended Wilson’s playing career.

Other notables on the list include Andy Greene and Karl Alzner.

SPECTOR’S NOTE: There speculation the Islanders could bring back Greene. Alzner, meanwhile, was recently linked to the Boston Bruins as insurance if Chara doesn’t return.

← NHL Morning Coffee Headlines - November 3, 2020 NHL Prospects: Top 3 Atlantic Division Organizational Rankings →
We use cookies on our website to give you the most relevant experience by remembering your preferences and repeat visits. By clicking “Accept”, you consent to the use of ALL the cookies.
Do not sell my personal information.
Cookie SettingsAccept
Manage consent