​How will the Capitals replace Henrik Lundqvist? Will the Blues go the free-agent route to replace retired Alexander Steen? Check out the latest in today’s NHL rumor mill.

THE ATHLETIC: Tarik El-Bashir wonders how the Washington Capitals will replace Henrik Lundqvist as a heart condition has sidelined the 38-year-old goaltender for this season. 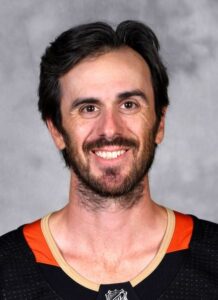 Could Ryan Miller be an option for the Washington Capitals to replace Henrik Lundqvist? (NHL Images).

Among the options is signing an unrestricted free agent. Ryan Miller and Jimmy Howard are available. It’s believed Miller prefers to remain out west with his family but El-Bashir wonders if he’d be tempted by the opportunity to play for a contender during a shortened season.

The Capitals could go the trade route or bring in Vitek Vanecek or Pheonix Copley to back up Ilya Samsonov.

SPORTSNET: Rory Boylen believes the Capitals’ limited cap space makes it difficult to trade for a goaltender. In addition to Miller and Howard, he listed Craig Anderson and Cory Schneider as UFA options.

SPECTOR’S NOTE: Miller prefers staying in California and could sign a one-year contract with the Anaheim Ducks. If that’s not possible, maybe he’d consider joining the Capitals.

Anderson is 39 and it appears his NHL days are over. Schneider is believed to have an agreement with the New York Islanders to be officially announced once they’ve signed Mathew Barzal.

Howard is keen for a bounce-back season following a poor 2019-20 performance with the rebuilding Detroit Red Wings. He could be the Capitals’ best bet if they cannot find a suitable replacement for Lundqvist via trade or from within.

THE ATHLETIC: Jeremy Rutherford reports Alexander Steen’s retirement due to a back injury will provide the St. Louis Blues with salary-cap flexibility. They’re sitting above the $81.5 million salary cap by $1.2 million but will get some wiggle room by placing Steen and his $5.75 million cap hit for this season on long-term injury reserve. They will use part of it to sign restricted free agent defenseman Vince Dunn, who might cost approximately $2.5 million.

SPECTOR’S NOTE: The Blues could get additional cap relief by placing sidelined winger Vladimir Tarasenko on LTIR. However, he’s expected to return later this season, prompting Rutherford to speculate they probably won’t “borrow” from his $7.5 million cap hit.

Hoffman reportedly seeks a one-year deal starting at $5.5 million. Maybe he’d accept a lower price to play for a contender but I think he’ll try to stick to his guns. Granlund, Athanasiou and Haula could be more affordable options.

← NHL Morning Coffee Headlines - December 18, 2020 Laine, Marchessault, Perry Featured in NHL Rumor Roundup →
We use cookies on our website to give you the most relevant experience by remembering your preferences and repeat visits. By clicking “Accept”, you consent to the use of ALL the cookies.
Do not sell my personal information.
Cookie SettingsAccept
Manage consent