​The seven Canadian teams could play all their games this season in the US, Henrik Lundqvist sidelined by a heart condition, Alexander Steen hangs up his skates, the Panthers sign Anthony Duclair, and more in today’s NHL morning coffee headlines.

TSN: Frank Seravalli reports the NHL and the seven Canadian franchises have been trying to work out protocols with the provincial health authorities but the latter has not yet signed off on them. The league’s preference is for its 31 teams to play their game in their own arenas. If that’s not possible, the Canadian teams could play in one hub city or play all their games this season in the United States. Seravalli said the league remains optimistic this can be sorted out.

Pierre LeBrun believes this information being revealed to the public could work to the NHL’s advantage, putting a little public pressure upon the provincial governments. If the seven Canadian franchise must play this season in the United States it would mean the end of the proposed Canadian division, forcing another temporary divisional realignment.

Seravalli also revealed the NHLPA wants to ensure the players decide whether they’ll receive COVID-19 vaccinations. He said it will be their choice.

Johnston indicates moving the seven Canadian franchise this season to the US would follow the precedent set by MLB and the NBA. The Toronto Blue Jays played their 2020 season in the US while the Toronto Raptors will begin this season in Tampa.

TORONTO STAR: Kevin McGran reports the plan for an all-Canadian division this season remains very much alive. League and PA sources indicate moving the Canadian clubs to the United States this season is one of the last options.

One source indicated the Canadian COVID restrictions “aren’t the sticking points,” adding they expected that “everything will be resolved to mutual satisfaction. Another said the topic was mentioned but hasn’t received much discussion. McGran said the Toronto Maple Leafs met with Ontario officials Wednesday and have another on Friday.

MONTREAL GAZETTE: Pat Hickey reports the Canadiens are close to an agreement with Quebec officials allowing them to hold training camp at their practice facility in Brossard. Paul Wilson, the Canadiens vice president for public relations, said he was encouraged by Premier Francois Legault’s “enthusiastic” for an NHL return to action in mid-January.

SPECTOR’S NOTE: The initial reports of the Canadian clubs possibly playing all their games in the US this season generated quite a stir on social media, creating the impression an all-Canadian division was doomed. However, this doesn’t appear to be a fait accompli. 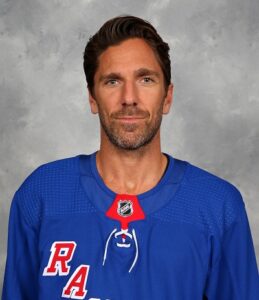 The league and the PA very much want to play their games in their home arenas. The difficulty seems to be coming up with protocols that will satisfy provincial officials. While this could still go off the rails, the league seems confident this can be worked out.

NBC SPORTS WASHINGTON: Henrik Lundqvist won’t be playing for the Capitals this season after all. The 38-year-old goaltender released a statement yesterday indicating he’s been sidelined by a heart condition for which he’s receiving treatment. Lundqvist signed with the Capitals as a free agent in October after being bought out of the final year of his contract by the New York Rangers.

NEW YORK POST: Larry Brooks reports Lundqvist’s condition isn’t life-threatening and not related to COVID-19. Given the goalie’s age, however, he speculates this could mean the end of his playing career.

SPECTOR’S NOTE: Lundqvist didn’t say he was retiring so it’s possible the future Hall-of-Famer might return in 2021-22 with the Capitals or another NHL club. Here’s hoping he makes a complete recovery.

The Capitals will place him on injured reserve for the season as they try to determine how to replace him. I’ll have more about that in the Rumors section.

STLTODAY.COM: Blues winger Alexander Steen is hanging up his skates after being diagnosed with “multiple levels of degenerative herniated discs of his lumbar spine.” The 36-year-old began his NHL career with the Toronto Maple Leafs but was traded early in the 2008-09 season to the St. Louis Blues, where he spent the remainder of his 15-year playing career. He tallied 622 points in 1,018 games and helped the Blues win the Stanley Cup in 2019.

SPECTOR’S NOTE: Best wishes to Steen in his future endeavors. He became an invaluable core player and leader with the Blues. Because he’s not officially retired, he will be placed on long-term injury reserve. That will provide the Blues with some much-needed salary-cap wiggle room. I’ll have more in the Rumors section.

THE SCORE: The Florida Panthers signed Anthony Duclair to a one-year, $1.7 million contract. The 25-year-old winger became an unrestricted free agent after the Ottawa Senators declined to send him a qualifying offer. The signing leaves the Panthers with over $6.6 million in cap space.

SPECTOR’S NOTE: Duclair will be an affordable replacement for the departed Mike Hoffman, though he probably won’t score with the same consistency. The Panthers could make another addition but it remains to be seen if they’ll invest that cap space in a trade or free agency or promote from within.

OTTAWA SUN: Bruce Garrioch reports the NHL is exploring the possibility of pushing the 2021 Draft to December 2021. The reason is most of the junior leagues haven’t begun to play yet because of COVID-19. Scouts are also limited in their ability to travel and scout prospects in North American and Europe.

SPECTOR’S NOTE: Garrioch points out nothing is set in stone and this remains a concept. However, I agree that it could make sense. Current health protocols are making it difficult to properly evaluate prospects during this season. Moving the draft to December would buy them time to scout those prospects if things return to some semblance of normal when next fall rolls around.