SPORTSNET: In his latest “31 Thoughts” column, Elliotte Friedman reported on what led to the speculation over Keith Yandle’s future with the Florida Panthers. Prior to the start of their season, there was talk the veteran defenseman would be a healthy scratch from their season-opener amid rumors he might be asked to waive his no-movement clause. 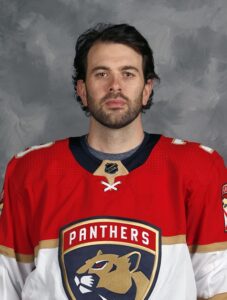 The club wanted to change its culture, become tougher to play against and hold players to account. New general manager Bill Zito comes from a demanding franchise (Columbus Blue Jackets) and there were rumblings during the offseason that Yandle didn’t fit into the organization’s plans.

The club denied asking Yandle to waive his no-movement clause, which the blueliner confirmed. However, over the past two weeks, the 34-year-old rearguard felt his character was being called into question. Several of his teammates stood up for Yandle and made it clear they wanted him in the lineup.

Friedman doesn’t think this story is over, suggesting perhaps the club wouldn’t mind if the players used this situation as a rallying cry. There’s a rumor suggesting Yandle would waive his NMC for the Boston Bruins but Friedman doesn’t see him as a fit given their avoidance of taking on long-term contracts.

SPECTOR’S NOTE: Sounds like Zito mishandled this situation. Friedman noted some of the Panthers felt Yandle needed to improve his defensive play but none of them questioned his character. It’s one thing to demand accountability for a player’s performance but this quickly blew up into a bigger issue that still has the potential to become an unnecessary distraction for the Panthers unless the air is cleared.

I agree with Friedman’s take regarding Yandle and the Bruins. Taking on an aging blueliner with a questionable defensive game and a $6.35 million AAV through 2022-23 wouldn’t be a wise decision to improve their blueline.

Friedman believes there are several “very, very good teams in the weeds” on Pierre-Luc Dubois waiting to see how the Columbus Blue Jackets handle the situation. He’s curious to find out what the Colorado Avalanche and Tampa Bay Lightning think.

SPECTOR’S NOTE: The Avalanche have a superstar centering their first line in Nathan MacKinnon, while Nazem Kadri’s worked out well as their second-line center. Dubois doesn’t seem to be a fit there unless the plan is to knock Kadri down to the third line or ship him out. Ditto the Lightning, who have Brayden Point, Anthony Cirelli and Yanni Gourde centering their top-three lines, with captain Steven Stamkos who can slide into the center position when necessary.

Assuming either or both clubs wanted Dubois, they’ll have to part with a center or a forward who can have an immediate positive effect on the Jackets’ forward lines. Kadri, Point or Cirelli fit that description but I don’t see their respective clubs parting with them.

Don’t forget that both teams have limited salary-cap space this season. Any deal for Dubois will have to be as close to dollar-for-dollar as possible to take on his $5 million annual average value. Even if the Avs or Bolts were interested it’s probably too complicated to pull off that trade.

Friedman said he’d heard during the offseason that the Edmonton Oilers were close to a contract extension with Ryan Nugent-Hopkins. However, things have gone quiet for a while.

SPECTOR’S NOTE: There’s talk the Oilers don’t want to go above $7 million per season for Nugent-Hopkins, which could explain the silence of late. Then again, maybe the two sides have decided to just put things on hold while the season is underway.

The Pittsburgh Penguins’ interest in Jack Roslovic can’t be tied to their opening two losses. They’ve been interested in the 23-year-old Winnipeg Jets forward for some time.

SPECTOR’S NOTE: Pittsburgh Hockey Now’s Dan Kingerski recently reported second-hand sources told him during the offseason that Penguins GM Jim Rutherford was interested in Roslovic. Kingerski noted the Jets could use some blue-line help. The Penguins have nine defensemen, including Pierre-Olivier Joseph on their taxi squad.

Oilers general manager Ken Holland contacted Jimmy Howard to see if the 36-year-old goaltender was interested in a reunion in Edmonton. Howard played for Holland when the latter was GM of the Detroit Red Wings. Howard, however, declined the offer and intends to announce his retirement soon.

SPECTOR’S NOTE: No offense to Howard, who had a long and mostly productive career with the Red Wings, but this shows how desperate Holland is to improve his goaltending.

← NHL Morning Coffee Headlines - January 20, 2021 Some Early Betting Odds For The NHL Hart Trophy →
We use cookies on our website to give you the most relevant experience by remembering your preferences and repeat visits. By clicking “Accept”, you consent to the use of ALL the cookies.
Do not sell my personal information.
Cookie SettingsAccept
Manage consent