​The latest on the Canadiens’ Phillip Danault and Victor Mete, some blueline trade targets for the Penguins and the Maple Leafs are looking for help at forward. Check out the details in the Sunday NHL rumor roundup. 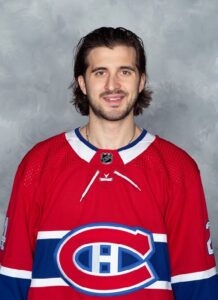 The Habs are said to be willing to increase their offer by a few hundred thousand dollars annually but received no counter-offers from the Danault camp. His agent, Stephane Fiset, declined to comment.

Brunet indicated Danault is happy in Montreal and wants to continue his career with the Canadiens. Sources indicate the gap between the two sides isn’t that large but seems to hang on the duration of the deal. Some speak of a five-year contract, others a six-year deal.

SPECTOR’S NOTE: The Canadiens’ offer would be worth an annual average value of $5 million. The Danault camp might try to push that to between $5.5 million and $6 million annually.

Cap Friendly shows the Canadiens with over $65.9 million committed to 15 players for 2021-22 with Tomas Tatar and Joel Armia also due to become UFAs this summer. Jesperi Kotkaniemi, Victor Mete and Artturi Lehkonen are their notable restricted free agents.

There seems a willingness on both sides to get a deal done. However, the flattened salary cap for next season and the rise of young centers like Kotkaniemi and Nick Suzuki could affect those negotiations.

SPORTSNET: Elliotte Friedman reports Victor Mete can’t get into the lineup on a deep Canadiens roster. The club won’t assign the 22-year-old defenseman to their taxi squad because a rival team could claim him off waivers. Friedman believes some teams will be keeping an eye on this situation to see what progresses.

SPECTOR’S NOTE: The Canadiens probably don’t want to shop Mete just yet. Several NHL teams have already seen their roster depth depleted by injuries and the Habs would prefer avoiding that situation. Nevertheless, they could trade Mete if the right offer came along or if push comes to shove and they have no choice but to put him on waivers.

DEFENSE TRADE TARGETS FOR THE PENGUINS

SPECTOR’S NOTE: Kingerski listed five defensemen but those two caught my eye. He noted the Wild now have seven defensemen with their recent addition of Ian Cole. Soucy, 26, carries an affordable $2.75 million AAV through 2022-23. He’s currently seeing third-pairing minutes with Cole so the Wild might not be keen to move him.

DeKeyser, 30, missed most of last season due to back surgery. He carries a $5 million AAV through next season and has a 10-team no-trade list. The Wings might be reluctant to move DeKeyser at this point in the season but could change their minds if they sink to the bottom of the standings again. That might not happen until later in the season but the Penguins need immediate help on their blueline.

The Penguins could be among those clubs Friedman said were keeping an eye on Victor Mete’s situation in Montreal.

SPORTSNET: Elliotte Friedman noted Toronto Maple Leafs forwards Nick Robertson (knee) and Joe Thornton (fractured rib) are sidelined with long-term injuries while center Auston Matthews (upper body) is listed as day-to-day. While the Leafs have a lot of forwards, Friedman believes they’re looking around to add or upgrade up front.

SPECTOR’S NOTE: The Leafs are already pressed for cap space and are already moving players in and out of their taxi squad on a regular basis to stay cap compliant. Robertson and Thornton are on long-term injury reserve but their combined salaries ($1.52 million) won’t free up much to make a significant addition. That might require a dollar-for-dollar swap.

← NHL Morning Coffee Headlines - January 24, 2021 Matthews the Odds-On Favourite to Capture NHL's Maurice Richard Award →
We use cookies on our website to give you the most relevant experience by remembering your preferences and repeat visits. By clicking “Accept”, you consent to the use of ALL the cookies.
Do not sell my personal information.
Cookie SettingsAccept
Manage consent