​Recaps of Friday’s action, the league faces criticism as it looks at rapid testing, and more in today’s NHL morning coffee headlines.

NHL.COM: Third-period goals 27 seconds apart by Brad Marchand and Sean Kuraly lifted the Boston Bruins over the Philadelphia Flyers 2-1. James van Riemsdyk was the lone scorer for the Flyers, who played without goaltender Carter Hart (back spasms, day-to-day) and defenseman Philippe Myers, who has an upper-body injury. Forward Oskar Lindblom left the game in the third period following a hit from Bruins defenseman Connor Clifton.

The Detroit Red Wings’ winless skid stretched to eight games (0-6-2) after dropping a 3-1 decision to the Tampa Bay Lightning. Barclay Goodrow tallied twice for the Lightning, including the game-winner. 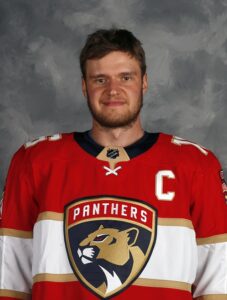 Second-period goals by Aleksander Barkov and Carter Verhaeghe gave the Florida Panthers a 2-1 win over the Nashville Predators. The Panthers extended their points streak to eight games (6-0-2) as they’re the only team that hasn’t lost in regulation. Predators goalie Pekka Rinne made 34 saves.

The Vegas Golden Knights scored five straight goals in the opening 27 minutes to beat the Los Angeles Kings 5-2. Max Pacioretty, William Karlsson and Nicolas Hague each collected three points for the Golden Knights, who were playing their first game since their schedule was paused on Jan. 26 by COVID-19.

Shootout goals by Ryan Donato and Kevin Labanc lifted the San Jose Sharks over the Anaheim Ducks 5-4. The Sharks overcame a 3-1 deficit on third-period goals by Logan Couture, Evander Kane and Brent Burns but Max Comtois tied it for the Ducks.

TSN: The NHL and NHLPA are investigating rapid testing for players and team staff on game days to flatten the COVID-19 curve after five teams had their schedules paused and games postponed over the past two weeks. A total of 26 games have been postponed, 17 in February alone.

The Buffalo Sabres were among those teams. They were reportedly furious that they were apparently forced to play games last weekend against a New Jersey Devils team that was going through an outbreak of COVID-19. Five Sabres players have since wound up on the NHL’s COVID protocol list while Sabres head coach Ralph Krueger has tested positive. The Sabres had no players on the protocol list prior to the series against the Devils.

THE ATHLETIC: John Vogl reports Eric County executive Mark Poloncarz believes the NHL should have taken greater action to ensure the safety of the Sabres and Devils and everyone around them. “It seemed they were more interested in playing a game,” he said.

League commissioner Bill Daly said there were no concerns expressed regarding last Sunday’s games between the Sabres and Devils. An NHLPA representative said league and union medical advisors determined the game could go on based on the information available to them at the time.

SPECTOR’S NOTE: The league announced on Thursday they were taking steps to reduce player-to-player transmission of the coronavirus, including removing the glass behind the benches to increase airflow, increasing the distance between players in dressing rooms, and limiting the time spent at the arena by players and coaches.

The recent postponements and reschedulings aren’t surprising. There’s a greater risk of exposure and transmissions because the players aren’t under the strict quarantine conditions they played under during the 2020 playoffs. Doing more to limit transmission at the arena is one thing but there’s little the league can do to prevent players from exposure when they have greater access to the general public away from the rink.

TVA SPORTS: Montreal Canadiens defenseman Alexander Romanov required stitches after being struck in the face with a puck during practice on Friday. Canadiens coach Claude Julien said Romanov will travel with the club for today’s game against the Ottawa Senators.

CBS SPORTS: Calgary Flames forward Derek Ryan has been referred to a specialist after injuring a finger during Thursday’s loss to the Winnipeg Jets.

THE NEWS & OBSERVER: Justin Williams is returning to the Carolina Hurricanes as a special advisor to the general manager.

← Little Sign of Improvement Thus Far From Red Wings and Senators NHL Rumor Mill - February 6, 2021 →
We use cookies on our website to give you the most relevant experience by remembering your preferences and repeat visits. By clicking “Accept”, you consent to the use of ALL the cookies.
Do not sell my personal information.
Cookie SettingsAccept
Manage consent