Sam Bennett becoming a healthy scratch is stoking speculation he could be traded soon. Get the latest plus updates on the Avalanche and Penguins in today’s NHL rumor mill.

BENNETT ON THE BLOCK?

CALGARY SUN: Wes Gilbertson reports the Flames made Sam Bennett a healthy scratch in yesterday’s 4-1 loss to the Winnipeg Jets. The move comes just days after his agent claimed the 24-year-old forward was seeking a change of scenery, fuelling speculation a trade could be in the works. 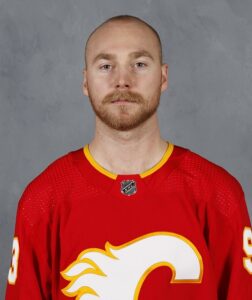 Gilbertson noted TSN’s Darren Dreger broke the news of Bennett’s benching. While Dreger acknowledged it would fuel conjecture, he claimed there was “nothing on the front burner related to trade.”

Flames coach Geoff Ward claimed it was his decision to make Bennett a healthy scratch but Gilbertson suggests this feels like a move could be coming soon. Scratching him, however, won’t help the Flames’ depth nor improve his trade value.

SPORTSNET: Eric Francis believes if Bennett is scratched from Saturday’s game against the Edmonton Oilers it could mean he’s played his final game for the Flames. He also said the front office has received clarity about Bennett’s status from the forward himself. Francis claims he “wants out”, prompting management to sit him.

The Flames aren’t in a rush to move Bennett unless it’s for the right deal. However, the benching could turn his situation into a bigger distraction.

NEW YORK POST: Larry Brooks reports Bennett has been a subject of conversation between the Flames and the New York Rangers. Brooks claims the Flames have conducted due diligence on Tony DeAngelo and have expressed “at least preliminary interest” in the 25-year-old defenseman. Sources tell Brooks the Flames haven’t made a definitive decision whether to trade Bennett.

DeAngelo, meanwhile, is in the first season of a two-year contract carrying an annual average value of $4.8 million. The Rangers don’t want to absorb a significant chunk of the blueliner’s salary or take back a big contract in return. If the Flames were to acquire DeAngelo he’d be subject to a mandatory 14-day quarantine due to travel restrictions at the US-Canada border.

SPECTOR’S NOTE: Trade talks might not be on the front burner for Bennett but they could heat up quickly. Cap Friendly shows him in the final season of his contract with an affordable $2.55 million cap hit and lacking no-trade protection. There could be clubs willing to take a chance on him filling a top-six role this season, especially considering his strong postseason performances.

DeAngelo’s offensive skills could boost the Flames’ blueline production. However, recent reports out of Calgary suggest they’re not interested in the troubled defenseman, whose temperamental attitude and poor defensive game are big red flags. If the Flames were to acquire DeAngelo they could insist on the Blueshirts picking up part of his cap hit.

COULD AVS’ JOHNSON WAIVE HIS NMC FOR EXPANSION DRAFT?

THE DENVER POST: In a recent mailbag segment, Mike Chambers was asked if he felt Colorado Avalanche defenseman Erik Johnson would waive his no-movement clause for this summer’s expansion draft. That move would allow the Avalanche to protect another defenseman.

Chambers believes it’s likely, citing Johnson as a player who’d do anything for the Avs’ organization.

SPECTOR’S NOTE: We have no indication if the 32-year-old Johnson will waive his NMC. He is signed through 2022-23 with an annual cap hit of $6 million. If he does waive it, the Seattle Kraken could balk at selecting an aging defenseman with a long injury history carrying that hefty cap hit.

PITTSBURGH HOCKEY NOW: Dan Kingerski suggests the arrival of Penguins rookie defenseman Pierre-Olivier Joseph could turn another blueliner into a possible trade chip for the club’s next general manager.

Once the Penguins’ blueline is healthy they will have five left-shot defensemen. Kingerski feels Marcus Pettersson would be the trade chip that could net the best return. Moving him could fetch a couple of draft picks to replace the second, fifth and sixth-round picks that the Pens lack in the 2021 draft.

SPECTOR’S NOTE: Kingerski stresses this isn’t a pressing issue for the Penguins nor do they need to rush into a trade. Nevertheless, this could be a situation worth monitoring if Joseph continues his strong play over the course of this season.

← NHL Morning Coffee Headlines - February 5, 2021 Little Sign of Improvement Thus Far From Red Wings and Senators →
We use cookies on our website to give you the most relevant experience by remembering your preferences and repeat visits. By clicking “Accept”, you consent to the use of ALL the cookies.
Do not sell my personal information.
Cookie SettingsAccept
Manage consent