​Recaps of Monday’s action following the trade deadline, the stars of the week are revealed, the Kings re-sign Alex Iafallo, the Flyers re-up Scott Laughton, and much more in today’s NHL morning coffee headlines.

NHL.COM: Nathan MacKinnon extended his points streak to 10 games with a goal and an assist as the Colorado Avalanche held off the Arizona Coyotes 4-2. Mikko Rantanen scored twice for Colorado as they’ve won 16 of their last 19 contests. With 62 points, the Avalanche sit atop the Honda West Division and the NHL’s overall standings. The Coyotes (43 points) remain one point back of the fourth-place St. Louis Blues. 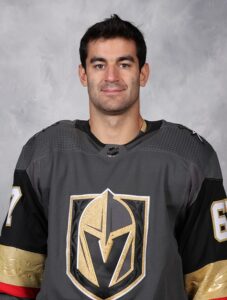 A franchise-record 46-save shutout performance by Anthony Stolarz carried the Anaheim Ducks over the San Jose Sharks 4-0. Alexander Volkov scored two goals for the Kings. The loss leaves the Sharks (40 points) four points behind the Blues.

An overtime goal by Brandon Hagel gave the Chicago Blackhawks a 4-3 victory over the Columbus Blue Jackets. Patrik Laine scored twice for the Jackets, who sit eight points behind the fourth-place Nashville Predators in the Discover Central Division. The fifth-place Blackhawks, meanwhile, sit just two points back of the Predators.

The Detroit Red Wings spoiled the 1,000th career NHL game of Carolina Hurricanes captain Jordan Staal by dropping the Hurricanes 3-1. Wings goaltender Jonathan Bernier made 37 saves as his teammates tallied three third-period goals. The loss leaves the Hurricanes tied with the Tampa Bay Lighting with 58 points but the latter holds first place in the Central Division on the basis of wins.

The NHL postponed Monday’s game between the St. Louis Blues and Minnesota Wild. The game is rescheduled for May 12.

SPECTOR’S NOTE: Contract talks between the Kings and Iafallo went through most of Monday before an agreement was reached before the 3 pm ET trade deadline. Having traded long-time veteran forward Jeff Carter to Pittsburgh, the Kings cleared sufficient cap room to keep the 27-year-old Iafallo as they continue their rebuild.

SPECTOR’S NOTE: Like Iafallo, Laughton’s contract talks carried on until close to the trade deadline. Both players were considered potential trade candidates if their respective teams failed to re-sign them before the 3 pm ET deadline. This is an affordable signing by the Flyers, retaining a versatile, energetic 26-year-old player who could help them rebound from this difficult season going forward.

WIVB.COM: Buffalo Sabres general manager Kevyn Adams said Jack Eichel will remain sidelined for a while. The Sabres captain has been out since March 7 with an upper-body injury. With 15 games remaining, this could be season-ending for Eichel.

THE ORANGE COUNTRY REGISTER: Anaheim Ducks defenseman Hampus Lindholm could miss the remainder of the season with a fractured wrist suffered on Feb. 27 against the Vegas Golden Knights.

TRIBLIVE.COM: Pittsburgh Penguins forward Branden Tanev could be sidelined for the rest of the regular season with an undisclosed injury.

← NHL Trades - Monday, April 12, 2021 NHL Rumor Mill - April 13, 2021 →
We use cookies on our website to give you the most relevant experience by remembering your preferences and repeat visits. By clicking “Accept”, you consent to the use of ALL the cookies.
Do not sell my personal information.
Cookie SettingsAccept
Manage consent