NHL.COM: Taylor Hall scored his second goal in as many games and Jeremy Swayman made 25 saves for his first career NHL shutout as the Boston Bruins defeated the New York Islanders 3-0. Curtis Lazar also tallied his first goal with the Bruins after coming over from Buffalo with Hall before the trade deadline. The Bruins (54 points) sit three back of the third-place Pittsburgh Penguins in the MassMutual East Division. 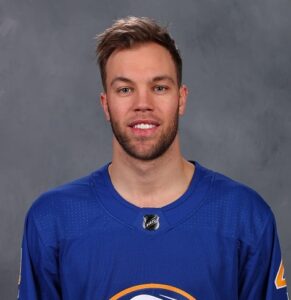 SPECTOR’S NOTE: So far, so good for the Bruins in the wake of the Hall trade. They’ll be in good shape over the remainder of the season if he regains his offensive touch. It’s also worth noting Mike Reilly, acquired from the Ottawa Senators before the trade deadline, has two assists in his last three games.

Two goals from Tyler Toffoli enabled the Montreal Canadiens to edge the Calgary Flames 2-1. Jake Allen made 28 saves for the win as the Canadiens (47 points) opened a six-point lead over the Flames for fourth place in the Scotia North Division.

SPECTOR’S NOTE: Not to take anything away from Toffoli’s timely scoring or Allen’s solid goaltending but the Canadiens caught a few breaks in this contest. They were outplayed but avoided disaster as the Flames clanked three or four shots off the goalposts.

The Vegas Golden Knights moved to within two points of the first-place Colorado Avalanche in the Honda West Division by blanking the Anaheim Ducks 4-0. Robin Lehner turned in a 16-save shutout while Chandler Stephenson and Mark Stone each had two points. Ducks goaltender John Gibson made 47 saves.

Meanwhile, the Avalanche (64 points) has had three games postponed as a third player (Joonas Donskoi) tested positive for COVID-19 over the past week. They’re expected to resume action on April 17.

The Minnesota Wild got a goal and an assist from Nick Bonino to nip the San Jose Sharks 3-2, handing the latter their fourth straight loss. With 55 points, the Wild sit seven points behind the second-place Golden Knights while the Sharks (40 points) remain four back of the fourth-place St. Louis Blues.

The NHL announced its latest revision to its schedule by extending all North Division games through May 19. This move is being made to accommodate the Vancouver Canucks as they return to action on April 18 after nearly a month following an outbreak of COVID-19.

WINNIPEG SUN: The Jets signed Adam Lowry to a five-year, $16.25 million contract extension. The 28-year-old forward was slated to become an unrestricted free agent this summer. His annual average salary will be $3.25 million.

SPECTOR’S NOTE: An affordable move by the Jets ensuring the big, versatile two-way forward remains on the roster. Cap Friendly indicates the Jets have $60.9 million invested in 13 players for 2021-22.

SPORTSNET: Cole Caufield participated in his first practice with the Montreal Canadiens on Friday after being called up from the Laval Rocket. The 2021 Hobey Baker Award winner is on the taxi squad as salary-cap limitations complicate when they can get him into the lineup.

AZCENTRAL.COM: The Arizona Coyotes will induct young hockey player and Coyotes fan Leighton Accardo into its Ring of Honor on Saturday. The nine-year-old passed away in November following a long battle with cancer. She was beloved by the players, coaches and staff from when she first spent time with the team.

← Summer Of Change Could Be Coming For the Calgary Flames NHL Rumor Mill - April 17, 2021 →
We use cookies on our website to give you the most relevant experience by remembering your preferences and repeat visits. By clicking “Accept”, you consent to the use of ALL the cookies.
Do not sell my personal information.
Cookie SettingsAccept
Manage consent