​Analysis of the latest update to the TSN trade-bait board in today’s NHL rumor mill.

Seravalli believes the Leafs seek a versatile left winger who can play throughout the lineup. He suggested the Nashville Predators’ Mikael Granlund, the New Jersey Devils Kyle Palmieri, the Columbus Blue Jackets Nick Foligno and the Vancouver Canucks Tanner Pearson as trade targets.

SPECTOR’S NOTE: The Predators’ surge into playoff contention could take Granlund out of the trade market. I still don’t believe the Blue Jackets will part ways with Foligno but you never know. Pearson’s been sidelined since March 17 with an ankle injury. With COVID-19 cutting a swath through the Canucks roster he’s probably unavailable.

Palmieri was held out of the Devils’ game on Sunday with the Washington Capitals as a precautionary measure. It’s believed he’ll be moved by the end of the week. Trade rumors link the 30-year-old winger to the Leafs, Boston Bruins, New York Islanders, Colorado Avalanche and the Predators.

SPECTOR’S NOTE: I believe Ekholm’s off the market. The Predators are playoff contenders, their reported asking price of three assets (including a first-round pick and a top prospect) is very expensive, and the extra year on his contract means he’ll have to be protected by the acquiring team in this summer’s expansion draft.

Savard and Montour seem the more likely options here. The Stars are still chasing a playoff berth so I don’t see them moving Oleksiak. The same goes for the Blackhawks and Zadorov.

Sportnet’s Ken Wiebe also included Montour among five under-the-radar targets for the Jets. The others include the Ottawa Senators Mike Reilly, the Detroit Red Wings Patrik Nemeth, the Ducks’ Ben Hutton and the Devils’ Dmitry Kulikov. 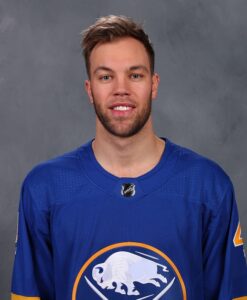 The Islanders are expected to use their long-term injury reserve to find a replacement for sidelined winger Anders Lee. They’ve been linked to the Sabres’ Taylor Hall, as well as Palmieri and Foligno.

SPECTOR’S NOTE: Seravalli’s colleague Darren Dreger reported there’s a sense trade talk involving Hall have escalated though not to the point where a deal could be imminent. Maybe the Isles are part of those talks.

Hurricanes general manager Don Waddell has admitted he’d like to add a right-handed defenseman with term on his contract and a depth forward.

SPECTOR’S NOTE: Manson, Buffalo’s Colin Miller and the New York Rangers Tony DeAngelo are the right-shot blueliners on Seravalli’s list with term on their contracts.

It’s believed the Colorado Avalanche could seek a backup goalie and a little more muscle on defense.

SPECTOR’S NOTE: The rumor mill linked the Avalanche to Detroit’s Jonathan Bernier and the San Jose Sharks’ Devan Dubnyk. The Sharks could be reluctant to part with Dubnyk while they’re fighting to get back into the Honda West playoff chase.

Chris Driedger of the Florida Panthers and Darcy Kuemper of the Arizona Coyotes are also on Seravalli’s list. I don’t see Kuemper moving when the Coyotes are holding down a playoff spot in the Honda West Division.

Florida Hockey Now’s George Richards believes Driedger’s availability depends on the deal. It’ll also depend on whether they have confidence in promising but inexperienced Spencer Knight filling the backup role as well as Driedger.

SPECTOR’S NOTE: Limited salary-cap space explains why they’re “soft” buyers. In the Canadiens case, however, I wonder how Brendan Gallagher’s fractured thumb could provide some wiggle room to pursue another trade. If he’s out until the playoffs they’ll get $3.75 million in cap relief by placing him on long-term injury reserve.

Seravalli also pointed out the Blackhawks, Red Wings and Sharks are willing to offer up their cap space in return for assets to help facilitate trades.

SPECTOR’S NOTE: In other words, those three clubs are willing to take a bad contract off the hands of one of those soft buyers provided it’s packaged with futures like draft picks and/or prospects.

Seravalli also made a few significant changes to his list of players considered trade bait:

The Ducks’ Josh Manson debuts at No. 11,

Vancouver’s Tanner Pearson drops from 19th to 25th, and

← NHL Morning Coffee Headlines - April 6, 2021 Trade Candidates Unlikely To Move At 2021 NHL Trade Deadline →
We use cookies on our website to give you the most relevant experience by remembering your preferences and repeat visits. By clicking “Accept”, you consent to the use of ALL the cookies.
Do not sell my personal information.
Cookie SettingsAccept
Manage consent