The Jets down the Leafs in their final regular-season game, Conference championship trophies won’t be awarded this season, plus the latest on Alex Ovechkin, Ondrej Kase and more in today’s NHL morning coffee headlines.

NHL.COM: The Winnipeg Jets ended their regular season on a high note by doubling up the Toronto Maple Leafs 4-2. Kyle Connor scored twice to finish the season with a team-leading 26 goals. The Leafs’ Auston Matthews was held pointless, finishing the season with a league-leading 41 goals. 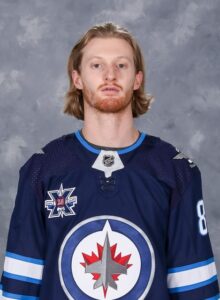 SPECTOR’S NOTE: Both clubs will have several days off before they begin their respective first-round series. The Jets face off against the Edmonton Oilers on Wednesday while the Leafs meet the Montreal Canadiens on Thursday.

SPECTOR’S NOTE: The bright side is we won’t have to listen to any of the superstitious nonsense over whether the winning teams will touch those respective trophies. Because, of course, everyone knows touching those awards could determine the outcome of the Stanley Cup Final (end sarcasm mode).

NBC SPORTS WASHINGTON: The lack of a new contract for Alex Ovechkin isn’t bothering Capitals owner Ted Leonsis. He said he and Ovechkin are focused on the upcoming playoffs.

“Alex knows that if he plays five more years, 10 more years, whatever it is, we’ve got his back,” Leonsis said, adding the team’s commitment to his captain is to continue to have great teams. “We’ll spend to the cap, we’ll try to win championships. And that’s what he’s focused on because that’ll be his legacy.”

SPECTOR’S NOTE: Ovechkin is completing a 13-year, $124 million contract. He and Leonsis agreed at the start of this season to put aside contract discussions until after the playoffs are over. Based on Leonsis’ comments, it sounds like Ovechkin won’t be going anywhere.

BOSTON HOCKEY NOW: Bruins winger Ondrej Kase won’t be playing in Game 1 of his club’s opening-round series against the Washington Capitals tonight. Kase suffered an upper-body injury unrelated to the suspected concussion that sidelined him for all but three games this season.

SPECTOR’S NOTE: Whatever the issue, it sounds like Kase could miss more than just Game 1.

SPECTOR’S NOTE: Zub, 25, joined the Senators as a free agent from the KHL and played well in his first NHL season. He finished with 14 points in 47 games and a plus-minus of plus-4 while logging over 18 minutes of ice time per game.

SPORTSNET: Speaking of the Senators, team owner Eugene Melnyk declined to comment about lawsuits filed against five defendants by his traveling companions related to his Caribbean vacation last Christmas.

THE SCORE: cites a report by The Athletic’s Pierre LeBrun indicating Alain Vigneault will return as head coach of the Philadelphia Flyers next season.

THE DALLAS MORNING NEWS: Speaking of returning coaches, Stars general manager Jim Nill confirmed Rick Bowness will be back behind the bench with his club next season. Nill also said forward Roope Hintz will undergo surgery next week in New York to repair a groin injury.