NHL.COM: There will be a Game 7 in the semifinal series between the New York Islanders and Tampa Bay Lightning. Anthony Beauvillier’s overtime goal gave the Isles a 3-2 victory in Game 6, tying their best-of-seven series at three games apiece. Game 7 is Friday evening in Tampa Bay. 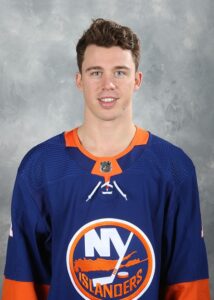 The Lightning took a 2-0 lead on goals by Brayden Point and Anthony Cirelli. Point extended his goal streak to nine straight games and leads all postseason scorers with 14 goals.

Jordan Eberle got the Isles to within one in the second period. Scott Mayfield tied it at 11:16 of the third, setting the stage for Beauvillier’s overtime heroics. Mathew Barzal collected assists on the Eberle and Mayfield goals.

SPECTOR’S NOTE: That missed penalty call (the latest in a long string during this postseason) was the only blight on what was otherwise an entertaining Game 6 between these two clubs. If that becomes the final game played at Nassau Coliseum it was a helluva way to go out.

It was a solid response by the Islanders after being thumped 8-0 in Game 5. It appeared they were on their way out after falling behind 2-0 but they showed a lot of character and determination battling back for the win.

Not to take anything away from the Islanders’ performance but the Lightning felt the absence of their leading scorer and best shutdown defenseman in this game. No word as of this morning whether Kucherov and Cernak will be back for Game 7.

SPECTOR’S NOTE: Bergevin has a year remaining on his current contract. I daresay an extension is likely after the Canadiens’ surprising run to the semifinal this spring. It’ll become a certainty if they eliminate the Vegas Golden Knights tonight and advance to the Stanley Cup Final.

TSN: Rick Westhead reports a former team marketing official with the Chicago Blackhawks said the alleged sexual assault of two former Blackhawks players by a former video coach in 2010 was an open secret among staff both within and outside the club’s hockey department. One of those players has filed a lawsuit against the team.

SPECTOR’S NOTE: The Blackhawks have declined to comment because of the ongoing lawsuit. The Athletic’s Mark Lazerus and Scott Powers believe the allegations over how the club handled the sex abuse complaints could cast a stain on its championship legacy from 2010 to 2015. Former team president John McDonough and current general manager Stan Bowman are among the club officials linked to this purported incident.

NBC SPORTS CHICAGO: Speaking of the Blackhawks, their Hall-of-Fame broadcaster Pat Foley will be retiring at the end of 2021-22 after 39 seasons in the job.

STLTODAY.COM: Blues defenseman Carl Gunnarsson announced his retirement yesterday. In 12 NHL seasons with the Blues and Toronto Maple Leafs, he tallied 30 goals and 138 points in 629 games. He won a Stanley Cup with the Blues in 2019, scoring the overtime time in Game 2 of the Cup Final against the Boston Bruins.

SPECTOR’S NOTE: Best wishes to Gunnarsson and his family in their future endeavors.

← NHL Rumor Mill - June 23, 2021 NHL Rumor Mill - June 24, 2021 →
We use cookies on our website to give you the most relevant experience by remembering your preferences and repeat visits. By clicking “Accept”, you consent to the use of ALL the cookies.
Do not sell my personal information.
Cookie SettingsAccept
Manage consent