Dougie Hamilton’s contract status is the Hurricanes’ offseason priority, the Kings seek two top-six forwards, and the latest on the Rangers’ search for a head coach in today’s rumor mill.

ESPN.COM: Emily Kaplan considers it crucial for the Carolina Hurricanes to re-sign Dougie Hamilton, pointing out their defense is built around him and Jaccob Slavin. The 27-year-old blueliner is due to become an unrestricted free agent this summer. 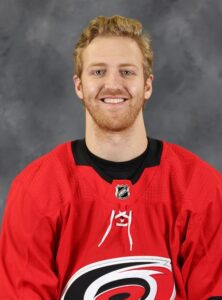 Hamilton’s outplayed his current $5.75 million annual cap hit. While there’s mutual interest in a new deal, the two sides tabled contract negotiations until after this season. Kaplan speculates he could get as much as $8.5 million per season on the open market but the Hurricanes could be uncomfortable going that high.

THE NEWS & OBSERVER: Luke DeCock isn’t optimistic about the Hurricanes’ chances of re-signing Hamilton. He believes the rearguard has “almost certainly played his last game” for the Canes. The same goes for pending UFAs such as Jordan Martinook, Brock McGinn and Petr Mrazek.

SPECTOR’S NOTE: The flattened salary cap could limit the number of teams willing to get into a bidding war for Hamilton’s services in this summer’s free-agent market. Nevertheless, there will be a team that will pay him over $8 million annually if the Hurricanes won’t do it.

The emergence of rookie goaltender Alex Nedeljkovic likely spells the end of Mrazek’s tenure with the Hurricanes. James Reimer is also a UFA this summer but it wouldn’t be surprising if he returned as Nedeljkovic’s backup.

Kaplan also considers re-signing head coach Rod Brind’Amour a priority. Sources indicate the two sides are believed to have the framework of a deal in place. However, Brind’Amour also wants his three assistant coaches taken care of as well. She also believes they could lose Brady Skjei, Warren Foegele or Morgan Geekie to the Seattle Kraken in next month’s expansion draft.

SPECTOR’S NOTE: DeCock believes Hurricanes owner Tom Dundon would be insane to let Brind’Amour depart. I can see Hamilton hitting the free-agent market but not Brind’Amour, who’d be quickly snapped up by another club.

I spoke with John Hoven of the Kings’ site Mayor’s Manor yesterday about Dreger’s report. He believes they’re seeking established scorers around 27 years old on short-term contracts of two-three years.

That would mean they won’t become a suitor for Buffalo Sabres’ center Jack Eichel. Maybe they’d have an interest in Eichel’s teammate Sam Reinhart? We’ll find out who’s on their radar in the coming weeks.

LATEST ON THE RANGERS COACHING SEARCH

NEW YORK POST: Larry Brooks reports Gerard Gallant remains the favorite to become the new head coach of the Rangers. However, general manager Chris Drury is waiting to see if there is fallout from the second round of the playoffs that could make another candidate or two available.

Brooks believes the Rangers will watch Rod Brind’Amour’s contract negotiations with the Hurricanes. It’s believed those two sides were discussing a deal worth $1.8 million annually. Brind’Amour could be in line for $4 million per season with the Rangers but a source told Brooks he’d become the Seattle Kraken’s top choice if he goes to market.

The Blueshirts are also monitoring Paul Maurice’s situation with the Winnipeg Jets and Bruce Cassidy’s with the Boston Bruins. There’s talk Jared Bednar’s job as coach of the Colorado Avalanche could be in jeopardy if they fall to the Golden Knights but it’s not clear if he’d become a candidate for the Rangers’ job.

SPECTOR’S NOTE: Gallant is probably atop most coaching wish lists this summer. He’ll land an NHL head-coaching gig this summer, be it the Rangers or another club. Brind’Amour would also be pursued by a number of clubs if the Hurricanes are foolish enough to let him walk.

Maurice has been the Jets’ bench boss for seven seasons but there’s no indication the Jets intend to shake things up behind the bench. I don’t think Cassidy will lose his job if the Bruins fall to the Islanders.

Bednar’s done a fine job in Colorado but his coaching of the Avs has come under criticism during their current series with the Golden Knights. It’ll be interesting to see what GM Joe Sakic does if his club fails to advance.

← NHL Morning Coffee Headlines - June 9, 2021 NHL Morning Coffee Headlines - June 10, 2021 →
We use cookies on our website to give you the most relevant experience by remembering your preferences and repeat visits. By clicking “Accept”, you consent to the use of ALL the cookies.
Do not sell my personal information.
Cookie SettingsAccept
Manage consent