The Islanders advance to the semifinals, the Norris Trophy finalists are announced, plus the latest on Mark Scheifele, Nikolaj Ehlers and more in today’s NHL morning coffee headlines.

NHL.COM: The New York Islanders advanced to the semifinals of the 2021 Stanley Cup Playoffs with a 6-2 victory over the Boston Bruins to end their series in six games. Brock Nelson scored two second-period goals to snap a 1-1 tie while Semyon Varlamov made 23 saves for the win. Brad Marchand tallied both Bruins goals. The Isles face the Tampa Bay Lighting for the second straight year in the third round. 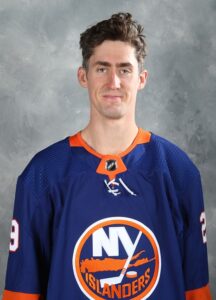 SPECTOR’S NOTE: The Islanders were the better team in this series. They took control of this game in the second on those goals by Nelson with Kyle Palmieri making it 4-1 in the final minutes of the frame.

The Bruins were without sidelined defensemen Brandon Carlo and Kevan Miller. Goaltender Tuukka Rask acknowledged he was hampered by a nagging injury, raising questions over coach Bruce Cassidy’s decision to play him in this crucial game.

Adam Fox of the New York Rangers, Victor Hedman of the Tampa Bay Lightning, and Cale Makar of the Colorado Avalanche are this year’s finalists for the James Norris Memorial Trophy.

TSN: Winnipeg Jets center Mark Scheifele still doesn’t believe he deserved a four-game suspension for charging Montreal Canadiens forward Jake Evans during their second-round series. “I thought I was going to be tried to be shut down by (Canadiens center) Phillip Danault,” said Scheifele. “Instead it was the Department of Player Safety that shut me down.”

SPECTOR’S NOTE: Scheifele shut himself down. He let his frustration get the better of him. Rather than accept the Game 1 loss and put the focus on rallying back in Game 2, he made a reckless hit that took himself out of the series. It contributed to the Jets getting swept from the second round by the Canadiens. Scheifele’s suspension is his fault. The sooner he accepts it the better.

Speaking of Evans, he resumed off-ice training yesterday after suffering a concussion from Scheifele’s hit that sidelined him for the rest of the second-round series. There’s no timeline for his return to play but Canadiens coach Dominique Ducharme said he could return at some point in the semifinals. Defenseman Jeff Petry could also return for the semis after injuring his right hand in Game 3 against the Jets.

SPORTSNET: Jets winger Nikolaj Ehlers claims he felt 100 percent during the playoffs but revealed he suffered a posterior labrum tear in his shoulder and a first-rib cartilage fracture.

SPECTOR’S NOTE: The injuries affected Ehlers’ play as he managed just three points in six games. He enjoyed perhaps the best performance of his career during the regular season, tallying 46 points in 47 games.

← NHL Rumor Mill - June 9, 2021 NHL Rumor Mill - June 10, 2021 →
We use cookies on our website to give you the most relevant experience by remembering your preferences and repeat visits. By clicking “Accept”, you consent to the use of ALL the cookies.
Do not sell my personal information.
Cookie SettingsAccept
Manage consent