SPECTOR’S NOTE: Scratch one of the notable names from this summer’s list of potential unrestricted free agents. 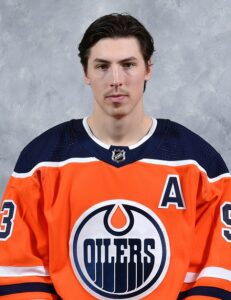 Nugent-Hopkins, 28, is completing a seven-year, $42 million contract. He was selected first overall by the Oilers in the 2011 NHL Draft, going on to tally 478 points in 656 games.

He’s taking a pay cut from a $6 million annual average value to $5.125 million to stay in Edmonton but this deal ensures him a longer contract. It’s a wise move on his part given the uncertainty created by a salary cap expected to remain near the current $81.5 million for the next several seasons.

Nugent-Hopkins is a versatile forward, playing center or wing and seeing plenty of duty on the Oilers’ power-play and penalty kill. He had two 60-plus points seasons in 2018-19 and 2019-20 but his numbers dropped this season to 35 points in 52 contests. That decline could be attributable to the shortened schedule.

The annual average value is fine for a player of Nugent-Hopkins’ current abilities, However, the length of the deal could become an issue over the final four years when he’ll be in his mid-thirties. That’s usually when a player’s performance deteriorates. This contract could become a costly headache if this season’s drop in his production signaled the start of his decline.

Nugent-Hopkins’ no-movement clause does not apply to the upcoming expansion draft. The Oilers still have to put him on their protected list.

This signing will leave the Oilers with over $65 million invested in 19 players. Their other notable free agents include pending UFA goaltender Mike Smith defensemen Adam Larsson and Tyson Barrie.

← NHL Rumor Mill - June 29, 2021 NHL Morning Coffee Headlines - June 30, 2021 →
We use cookies on our website to give you the most relevant experience by remembering your preferences and repeat visits. By clicking “Accept”, you consent to the use of ALL the cookies.
Do not sell my personal information.
Cookie SettingsAccept
Manage consent