The Lightning are on the verge of winning their second straight Stanley Cup, the Wild re-sign Joel Eriksson Ek, the Kraken could spend to the salary cap this summer, and more in today’s NHL morning coffee headlines.

NHL.COM: The Tampa Bay Lightning took a commanding 3-0 series lead over the Montreal Canadiens with a 6-3 victory in Game 3 of the 2021 Stanley Cup Final. Tampa Bay is now one victory away from winning their second straight Stanley Cup and the third in franchise history. 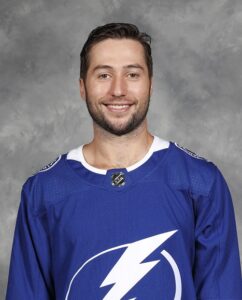 Canadiens head coach Dominique Ducharme returned behind the bench for the first time since testing positive for COVID-19 in the semifinal. He criticized the Quebec government’s decision to limit attendance to 3,500 fans in the Bell Centre while a much larger number would be following the game outside the arena.

The Lightning can sweep the Habs and claim the Cup in Game 4 on Monday night in Montreal.

SPECTOR’S NOTE: The Lightning once again feasted on the Canadiens’ mistakes, converting turnovers into goals and keeping the Habs on their heels throughout this contest. Their depth in talent is making the difference in this series and the Canadiens have no answers.

It was an impressive run for Montreal but midnight is tolling on their Cinderella story. They had to win Game 3 and were instead beaten soundly by a superior opponent. Tampa Bay is just too powerful. History is also against the Canadiens as only one team in NHL history (the 1942 Toronto Maple Leafs) has overcome a 3-0 deficit in the Final to win the Cup.

SPECTOR’S NOTE: Eriksson Ek, 24, is completing a two-year bridge contract with an annual cap hit of $1.487 million. He earned that big raise with a breakout performance this season with a career-high of 19 goals and 30 points in 56 games. A solid two-way center, he also finished fourth in voting for the Selke Trophy.

The Wild now has $16.8 million in projected cap space for 2021-22. Next on their list is signing Calder Trophy winner Kirill Kaprizov and 20-goal scorer Kevin Fiala.

THE ATHLETIC: Seattle Kraken CEO Tod Leiweke said he’s told general manager Ron Francis he can spend up to the $81.5 million salary cap if necessary to build a contending roster for next season.

SPECTOR’S NOTE: The Kraken’s expansion draft is July 21. They have a 48-hour interview leading up to that period when they can interview pending unrestricted free agents on other clubs. They can also make trades now with any club.

THE PROVINCE: The Vancouver Canucks will announce the name of their Abbotsford, BC AHL affiliate on July 9.

← NHL Rumor Mill - July 2, 2021 NHL Rumor Mill - July 3, 2021 →
We use cookies on our website to give you the most relevant experience by remembering your preferences and repeat visits. By clicking “Accept”, you consent to the use of ALL the cookies.
Do not sell my personal information.
Cookie SettingsAccept
Manage consent