DAILY FACEOFF: Frank Seravalli reports of growing interest in Ryan Suter after the 36-year-old defenseman was bought out earlier this week by the Minnesota Wild. He could be an affordable option for cap-strapped contenders such as the Vegas Golden Knights, Tampa Bay Lightning, and New York Islanders. Seravalli also thinks the Boston Bruins could be a landing spot.

WASHINGTON HOCKEY NOW: Sammi Silber reports sources suggested the Capitals and the Los Angeles Kings are two clubs that could pursue Suter on July 28, when he can officially sign with a new team. 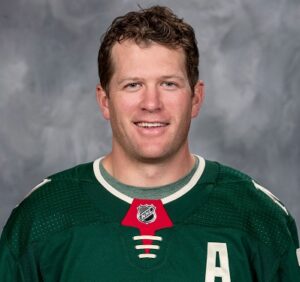 SPECTOR’S NOTE: Suter could be a reliable second-pairing left-side defenseman for a contender on an affordable short-term contract. NBC Sports Boston’s Nick Goss believes the veteran rearguard would be a good addition to the Bruins.

NBC Sports Washington’s J.J. Regan points out the Capitals have three left-side defensemen in Michal Kempny, Dmitry Orlov and Brenden Dillon plus two promising left siders in Martin Fehervary and Alex Alexeyev. He feels adding Suter would make sense only if they shed a left-side defenseman via trade or the expansion draft.

THE ATHLETIC: Michael Russo speculated over which players the Minnesota Wild could pursue to replace Suter and Zach Parise, who was also bought out earlier this week. Defense options could include Alec Martinez and Alex Goligoski. Forwards could include Nick Foligno and Paul Stastny.

DAILY FACEOFF: Frank Seravalli reports the Colorado Avalanche and Toronto Maple Leafs have contacted the Arizona Coyotes regarding goaltender Darcy Kuemper. Both clubs are considering the goalie market at large. The Avalanche’s Philipp Grubauer and the Leafs’ Frederik Andersen are slated to become unrestricted free agents on July 28.

The Seattle Kraken is also believed interested in the 31-year-old Kuemper, who has a year remaining on his contract with an annual average value of $4.5 million. His camp has informed the Coyotes they’re not interested in a contract extension.

AZ COYOTES INSIDER: Craig Morgan also reported the Avalanche has an interest in Kuemper. The netminder’s performance for Canada in this year’s World Championships improved his trade value after being sidelined by a knee injury in March. Morgan suggests shopping him to a contender for a late first-round draft pick, proposing Colorado, Carolina and Edmonton as possible trade partners.

SPECTOR’S NOTE: Picking up Kuemper would be a good short-term option for the Avalanche if they lose Grubauer. I guess Jack Campbell didn’t do enough this year to establish trust among Leafs brass that he’s ready to be a starter if they’re looking at Kuemper or bringing back Andersen. That’s not a knock on Campbell, by the way. I felt he played well enough this season to be their starter going forward.

The Hurricanes have a promising starter in Calder Trophy finalist Alex Nedeljkovic but could use a reliable backup. Kuemper would be an expensive option and would give the Hurricanes a 1A and 1B goalie tandem. The Oilers are reportedly talking to Mike Smith about returning for another season. Unless they shed Mikko Koskinen, there’s no room for Kuemper. The Edmonton Journal’s Jim Matheson reported they’re trying to do just that.

Suitors are believed lining up for Hyman. If a suitable deal can be found, the Leafs would trade his rights to another club before July 28 in exchange for a player or something to improve their depleted draft stockpile.

The Detroit Red Wings have been speculated as a destination. It’s believed the Leafs would prefer shipping Hyman out of the Atlantic Division, preferably to a Western team.

THE PROVINCE: Patrick Johnston cites a report in the Toronto Star indicating the Edmonton Oilers, Calgary Flames and Vancouver Canucks are front-runners for Hyman while the Pittsburgh Penguins, Boston Bruins, Florida Panthers and Red Wings also have an interest.

Hyman would reportedly stay with the Toronto Maple Leafs on an eight-year deal worth $5 million annually with a no-movement clause. He’s already received offers higher than that. The Canucks are also believed to be interested in signing St. Louis Blues winger Jaden Schwartz.

SPECTOR’S NOTE: If those reports are true, I must question the sanity of the general managers making those offers. Hyman’s a good player and deserves a raise over the $2.25 million AAV of his recent contract. Something like $4 million annually on a four-year deal is reasonable. I also don’t fault him and his agent for trying to get the best deal they can.

However, Hyman’s not worth over $5 million annually on a long-term deal. He’s just not. To offer well over that when the salary cap is flattened for the next several seasons is irresponsible management.

THE ATHLETIC: Max Bultman cited colleague Craig Custance reporting teams believes Detroit Red Wings general manager Steve Yzerman is open to trading Tyler Bertuzzi. However, he’s not in a hurry to move the 26-year-old winger. Bertuzzi is a restricted free agent with arbitration rights. So far, there have been no contract discussions but that’s not uncommon among their notable RFAs right now.

SPECTOR’S NOTE: There was speculation the Maple Leafs had an interest in Bertuzzi as a possible replacement for Hyman. Detroit Hockey Now’s Kevin Allen doubted he’ll be traded unless the Wings get an offer too good to refuse. He’s expecting the Wings will re-sign him.

← NHL Morning Coffee Headlines - July 16, 2021 NHL Morning Coffee Headlines - July 17, 2021 →
We use cookies on our website to give you the most relevant experience by remembering your preferences and repeat visits. By clicking “Accept”, you consent to the use of ALL the cookies.
Do not sell my personal information.
Cookie SettingsAccept
Manage consent