How will the Bruins cope without David Krejci? What’s going on with the Islanders and Oilers? Find out in today’s NHL rumor mill.

HOW WILL THE BRUINS REPLACE KREJCI?

THE ATHLETIC: In the wake of David Krejci’s decision to finish his playing days in the Czech Republic, Fluto Shinzawa pondered how they could replace the 35-year-old second-line center. 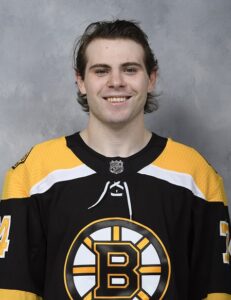 One option could be the trade market but Shinzawa rules out pursuing Buffalo’s Jack Eichel, citing their lack of cap space and Eichel’s health issues and hefty contract. Jake DeBrusk remains a trade asset but the dropoff in his performance last season makes him unlikely to fetch a second-line center.

SPECTOR’S NOTE: Shinzawa reports the Bruins are about $1 million under the $81.5 million salary cap. While a trade is possible for a second-line center I wouldn’t be surprised if they start the season with Charlie Coyle replacing Krejci. And no, they’re not trading for Eichel.

Perhaps they’ll have an opportunity to add a short-term replacement before next year’s trade deadline. The pickings in the free-agent market are slim and none will suitably replace Krejci unless someone can find a fountain of youth for Joe Thornton or Eric Staal.

THE ATHLETIC: Arthur Staple weighs in on the seeming inactivity of the New York Islanders since the start of free agency on Wednesday. He believes general manager Lou Lamoriello is keeping silent about his signings because he doesn’t want anyone in the league to know where the Isles are with their salary-cap space. He believes Zach Parise and Kyle Palmieri have been signed, perhaps Casey Cizikas and maybe Travis Zajac but doesn’t know when we’ll know for sure.

Staple took note of a report by colleague Jeremy Rutherford indicating the Islanders are believed in the mix for St. Louis Blues winger Vladimir Tarasenko. He doubts Anthony Beauvillier would be part of that deal, suggesting Josh Bailey as the likely trade candidate given the Isles left him exposed in the expansion draft. Perhaps Bailey packaged with a high draft pick and/or another asset might be enough to clear cap space to acquire Tarasenko (if the Blues pick up part of his $7.5 million cap hit) and leave enough to acquire a defenseman.

SPECTOR’S NOTE: Staple also mused about the Isles pursuing Seattle’s Vince Dunn, Nashville’s Mattias Ekholm or Anaheim’s Cam Fowler or Hampus Lindholm as a replacement for the departed Nick Leddy on their blueline.

Dunn, a restricted free agent, hasn’t been signed yet by the Kraken but I think that’s only a matter of time. The Predators are committed to re-signing Ekholm. Lindholm might be available but the Isles would have to part with a suitable package that fits the Ducks’ rebuilding scheme. Fowler, meanwhile, has a four-team trade list and the Isles might not be on it.

EDMONTON JOURNAL: David Staples reports of rumors that have the Oilers offering up goaltender Mikko Koskinen (along with a first-round pick and/or prospect Dmitri Samorukov) to the Columbus Blue Jackets for netminder Joonas Korpisalo.

“It’s hard to imagine how such a deal makes sense, as Korpisalo isn’t obviously a better goalie than Koskinen,” writes Staples. He believes the Oilers are better off with Mike Smith, Koskinen and Alex Stalock as their goalies to start the season and shop for a goalie if Koskinen and Stalock fail to cut it.

SPECTOR’S NOTE: Couldn’t have said it better myself.

← NHL Morning Coffee Headlines - July 31, 2021 NHL Morning Coffee Headlines - August 1, 2021 →
We use cookies on our website to give you the most relevant experience by remembering your preferences and repeat visits. By clicking “Accept”, you consent to the use of ALL the cookies.
Do not sell my personal information.
Cookie SettingsAccept
Manage consent