What next for the Hurricanes after signing Andrei Svechnikov? What else do the Lightning need for this season? Find out in today’s NHL rumor mill.

THE NEWS & OBSERVER: With Andrei Svechnikov finally under contract, Luke DeCock believes the Carolina Hurricanes still need to add one more skilled winger. He points out they have around $4.5 million in cap space to address that issue. 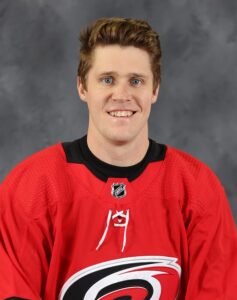 DeCock wonders if the Hurricanes will invest that money now or save that flexibility for the trade deadline later this season. He also believes they could have more and better options if they can find a way to shed defenseman Jake Gardiner, who’s earning $4 million annually for two more seasons.

SPECTOR’S NOTE: Hurricanes general manager Don Waddell could target a cap-strapped club looking to shed salary before the start of the season. However, those pickings could be slim. He might have better odds waiting to see how things shake out over the course of the season, especially as rival clubs fall out of playoff contention and become keen to sell by the trade deadline.

DeCock isn’t optimistic about the Hurricanes’ chances of offloading Gardiner’s contract. The 31-year-old defenseman hasn’t been the same since suffering a back injury in 2018-19. Doing that kind of deal during the season is difficult. DeCock pointed out that stranger things have happened. Nevertheless, they could have better luck attempting that move next summer when teams have more cap space and Gardiner has just one year left on his deal.

NHL.COM: Tom Gulitti believes the Tampa Bay Lightning could use more forward depth for this season to replace departed forwards Yanni Gourde, Blake Coleman, Barclay Goodrow and Tyler Johnson. Signing Corey Perry helps but they might need to acquire another veteran if their younger players fail to adequately address that loss of production.

SPECTOR’S NOTE: That will take considerable creativity on the part of Lightning general manager Julien BriseBois. They’re already sitting in LTIR country with their cap space courtesy of the permanently sidelined Brent Seabrook’s contract. It could take a dollar-for-dollar swap to add a veteran forward unless BriseBois can find another way to free up some cap room.

← NHL Morning Coffee Headlines - August 27, 2021 NHL Morning Coffee Headlines - August 28, 2021 →
We use cookies on our website to give you the most relevant experience by remembering your preferences and repeat visits. By clicking “Accept”, you consent to the use of ALL the cookies.
Do not sell my personal information.
Cookie SettingsAccept
Manage consent