Could the Boston Bruins go shopping for a center? Which defenseman could the Islanders pursue in a trade? Check out the latest in the Sunday NHL rumor roundup. 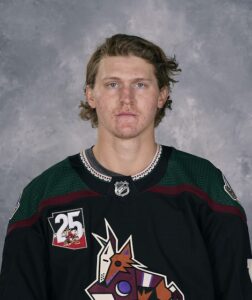 Recent speculation suggests Sweeney could use winger Jake DeBrusk and defenseman Jakub Zboril as trade bait to land a center. The Bruins had serious trade discussions with the Arizona Coyotes regarding Christian Dvorak over two weeks ago but those talks hit a stalemate. There’s no indication if DeBrusk and/or Zboril were mentioned in those talks.

SPECTOR’S NOTE: Murphy also noted Sweeney hinted David Krejci could return to the Bruins later this season. However, he’d have to sign before Dec. 15 to avoid passing through waivers. After that, he’d had to sign before the trade deadline but there’s no guarantee he won’t get snapped up by a rival club on the waive wire.

The Bruins are among several clubs linked to Dvorak but Coyotes GM Bill Armstrong could be reluctant to part with the 25-year-old two-way center. He might accept DeBrusk or Zboril but could want a first-round pick as part of the return. Other clubs could also out-bid the Bruins.

THE ATHLETIC: Arthur Staple recently speculated the New York Islanders could turn to the trade market to fill the gap on the left side of their defense corps after trading Nick Leddy to Detroit.

SPECTOR’S NOTE: Dunn avoided salary arbitration with the Kraken by signing a two-year, $8 million contract soon after Staple’s piece was published. It doesn’t appear they intend to part with him. Lindholm could be available but the rebuilding Ducks could seek a couple of quality futures in return.

I don’t see the Blue Jackets parting with Gavrikov as he’s expected to fill the left-side position on their second pairing. Staple indicated Gardiner’s awaiting surgery that could sideline him for several weeks past the start of this season.

Predators GM David Poile is said to be intent on re-signing Ekholm so he’s probably not available. As Staple observed, Fowler would be expensive in both contract and assets. He also has a four-team trade list and the Islanders might not be on it. Staple also acknowledged Severson’s a right-side defenseman, which doesn’t really make him a viable solution.

Beaulieu and de Haan could be available. However, I don’t think either guy can suitably fill that second-pairing role. The Isles might have to be patient and see what develops in the trade market over the course of the season.

← NHL Morning Coffee Headlines - August 8, 2021 NHL Morning Coffee Headlines - August 9, 2021 →
We use cookies on our website to give you the most relevant experience by remembering your preferences and repeat visits. By clicking “Accept”, you consent to the use of ALL the cookies.
Do not sell my personal information.
Cookie SettingsAccept
Manage consent