MONTREAL GAZETTE: In a one-on-one interview that aired on RDS on Monday, Canadiens winger Jonathan Drouin revealed anxiety and sleep disorder were behind his season-ending leave of absence in 2020-21. “I’ve had anxiety problems for many years,” said Drouin. “Insomnia problems that relate to my anxiety.” 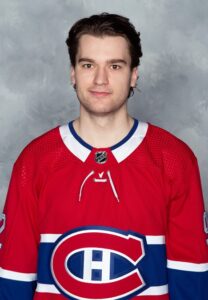 Drouin revealed he’d been dealing with anxiety for several years without knowing what it was. He said his problems had nothing to do with drugs or alcohol and he’s never been to a rehab program.

The Canadiens forward said he’d been handling his anxiety issues better in recent years but the restrictions placed on him and his teammates by COVID-19 took a toll on his physical and mental strength. While he never lost his love of the game, he said there were times last season when he went three straight nights without sleep.

Drouin praised the support he received from Canadiens GM Marc Bergevin, head coach Dominique Ducharme and his teammates throughout his ordeal. He’s happy with the decision he made last season, wants to remain in Montreal and his mental health is better than ever.

SPECTOR’S NOTE: Anyone’s who’s ever dealt with anxiety or knows someone who is dealing with it knows how debilitating it can be. Add the pressure of playing for one of hockey’s most iconic teams and it’s no wonder Drouin needed to step away. It’s good to see he’s had the support of his team through all of this. It should help smooth his return to action this season.

NHL.COM: Artemi Panarin said he doesn’t want to be captain of the New York Rangers. “I think we have more deserving candidates for that role now,” he said.

Panarin pointed out the job is more than just playing good hockey. “You also have to give your energy between the periods, motivate guys, giving interviews, being the face of the franchise. Overall, it’s a lot of work off the ice.” He felt he wouldn’t be an effective captain, adding his limited English would also be a problem.

NORTHJERSEY.COM: Travis Zajac signed a one-day contract with the New Jersey Devils in order to retire with the club that drafted him 17 years ago. The 36-year-old center spent almost the entirety of his 15 NHL seasons with the Devils until traded late last season to the New York Islanders. In 1,037 career games, Zajac tallied 203 goals and 552 points. He will remain with the Devils in an on/off-ice player development and consulting role.

SPECTOR’S NOTE: Best wishes to Zajac and his family in their future endeavors.

SI.COM/THE HOCKEY NEWS: The Edmonton Oilers will retire Kevin Lowe’s No. 4 jersey in the rafters at Rogers Place during a Nov. 5 game against the New York Rangers. He played for both clubs during his 19-season NHL career, 15 of those with the Oilers.

ARIZONA SPORTS: The Coyotes revealed their proposed arena entertainment district in Tempe, Arizona yesterday. The project would cost an estimated $1.7 billion and calls for private funding along with an additional $200 million portion coming from city tax revenues. The city will review the proposal in a process that could take months before a public meeting and a vote to accept or reject the proposal.

SPECTOR’S NOTE: This season is expected to be the Coyotes’ last in Gila River Arena after the city of Glendale announced it would not renew its operating agreement with the club. They are currently in search of a temporary home.

The Coyotes also revealed their new white Kachina coyote road jerseys for the first time since 2003. The popular Kachina logo will also be the club’s primary logo.

SPECTOR’S NOTE: I always liked the Coyotes’ original logo. Glad to see they’re bringing it back.

NBC SPORTS PHILADELPHIA: The severity of Flyers defenseman Samuel Morin’s recent knee injury remains uncertain. An initial report claimed the injury was “significant” but Morin’s former teammate Riley Cote tweeted a text message exchange with the blueliner who said one of his knees was banged up but it was “nothing major”. Morin’s career has been hampered by two ACL tears in his right knee since 2018.

NHL.COM: The Boston Bruins signed winger Zach Senyshyn to a one-year, two-way contract worth $750K at the NHL level.

WINNIPEG SUN: The Jets placed defenseman Sami Niku on unconditional waivers for the purpose of terminating his contract.