​With a new general manager in place, what roster changes could be coming for the Canadiens? What’s the latest on Claude Giroux, Jakob Chychrun and John Klingberg? Will the Rangers and Leafs make moves at the deadline? Read on to find out in today’s NHL rumor mill.

WHAT’S NEXT FOR THE CANADIENS?

SPORTSNET: Elliotte Friedman wondered what other changes are coming for the Montreal Canadiens now that they’ve hired Kent Hughes as their new general manager. He’s like to know how Hughes’ hiring will affect their amateur scouting department, which current roster players are untouchable and if there have been any conversations with the core players over who wants to stay or go?

DAILY FACEOFF: Mike McKenna and Tyler Yaremchuk discussed the Canadiens options for some of their free agents. They agree pending UFA defenseman Ben Chiarot could fetch a nice return. Yaremchuk felt restricted free agent forward Artturi Lehkonen could also get something decent at the trade deadline while UFAs Cedric Paquette and Brent Kulak could get a lower pick. 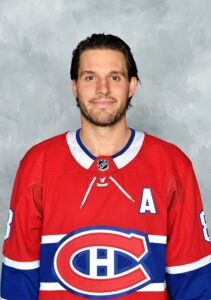 If the Canadiens want to kickstart their rebuild they will have to do more than just trade pending free agents. Yaremchuk suggested trading someone like Jake Allen or perhaps a bigger piece. McKenna wondered if they could make a hockey trade involving Carey Price or Jonathan Drouin to bring in some much-needed defense.

SPECTOR’S NOTE: With the March 21 trade deadline just over two months away there’s still plenty of time for Hughes and Hockey Ops VP Jeff Gorton to start fielding trade offers or shopping players who don’t fit into their long-term plans or those who want to leave. Moving the pending free agents is the easy part, trying to move those with expensive contracts like Price and Drouin might have to wait until the offseason when teams usually have more cap space and a willingness to take on players with term remaining on their deals.

As for their amateur scouting department, I wouldn’t be surprised if Gorton has already begun laying the groundwork for changes there. He’ll work in tandem with Hughes to bring in the people they need before the draft in July.

TSN: Pierre LeBrun observed Claude Giroux’s name has floated around the rumor mill but the Philadelphia Flyers have not spoken to rival clubs about moving their captain. Management hasn’t spoken to the 34-year-old center about waiving his no-movement clause nor has he approached them about getting traded.

LeBrun points out the March 21 trade deadline is nine weeks away and there’s still plenty of time for the slumping Flyers to improve their fortunes. However, he acknowledged that trade discussion between management and Giroux could take place if they remain out of playoff contention. With his no-movement clause, he’ll control his fate as the deadline approaches.

SPECTOR’S NOTE: Agreed. There’s no rush to move Giroux on the Flyers’ part right now. Let’s see where they’re at once the calendar flips to March.

SPORTSNET: Elliotte Friedman reports there are teams that believe the Florida Panthers are interested in Arizona Coyotes defenseman Jakob Chychrun. It’s an “all-in” year for the Panthers.

GOPHNX.COM: Craig Morgan addressed a recent comment by Friedman suggesting if the Coyotes trade Chychrun it’ll be to an Eastern Conference team. He doesn’t think that’s accurate, doubting the Coyotes would limit their trade options when trying to secure the best deal.

SPECTOR’S NOTE: Coyotes GM Bill Armstrong could prefer trading Chychrun to an Eastern team so his club would only have to face the blueliner once or twice per season. Nevertheless, I concur with Morgan that Armstrong likely won’t spurn a pitch from a western club that meets his asking price of a good young NHL player, a high draft pick and a top prospect.

The Dallas Stars have stepped up efforts to trade defenseman John Klingberg.

SPECTOR’S NOTE: Several playoff contenders could pursue him as a rental player. The Boston Bruins, Carolina Hurricanes, Florida Panthers and Los Angeles Kings have been speculated as potential suitors.

Friedman wonders if the Columbus Blue Jackets will consider it worthy of their resources for now and down the road to sign winger Patrik Laine to a hefty contract extension. The 23-year-old winger is a restricted free agent with arbitration rights this summer.

SPECTOR’S NOTE: That’s a decision that might have to wait until the offseason for an answer.

Rasmus Ristolainen could be worth watching. Friedman wondered if the Flyers pending UFA defenseman will consider testing the market this summer.

SPECTOR’S NOTE: Depending on the outcome of this season, the Flyers could make that decision for him. Perhaps there will be a change in management if they miss the postseason.

The New York Rangers could be stealthy near the trade deadline. He also said the Toronto Maple Leafs aren’t against clearing cap space to prepare for a deadline addition.

SPECTOR’S NOTE: Rangers GM Chris Drury has plenty of salary-cap space and lots of promising young assets within their system to dangle as trade bait if he wishes. I wouldn’t be shocked if he made one or two significant moves to load up for the playoffs.

← NHL Morning Coffee Headlines - January 19, 2022 NHL Morning Coffee Headlines - January 20, 2022 →
We use cookies on our website to give you the most relevant experience by remembering your preferences and repeat visits. By clicking “Accept”, you consent to the use of ALL the cookies.
Do not sell my personal information.
Cookie SettingsAccept
Manage consent