NHL.COM: The Winnipeg Jets tallied three unanswered goals to rally past the Arizona Coyotes 5-3. Kyle Connor scored the winning and insurance goals and sits fifth in the Richard Trophy race with 32 goals. With 55 points, the Jets are six points out of the final Western Conference wild-card berth. 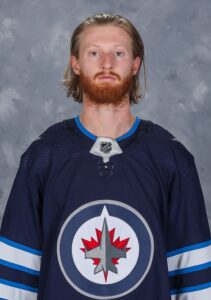 Third-period goals by Evgeni Malkin and Sidney Crosby lifted the Pittsburgh Penguins to a 3-2 victory over the Columbus Blue Jackets. Malkin and Bryan Rust each finished the game with two points while Casey DeSmith made 32 saves for the win. Jack Roslovic had a goal and an assist for the Jacket. With the win, the Penguins (74 points) sit four points behind the first-place Carolina Hurricanes in the Metropolitan Division and three points ahead of the third-place New York Rangers.

SPECTOR’S NOTE: Crosby also moved past Mike Mondano into 25th place on the all-time points list with 1,375. He is the third active player among the top-25, joining Florida’s Joe Thornton (1,535) and Washington’s Alex Ovechkin (1,383).

Speaking of the Hurricanes, they opened a three-point lead over the Florida Panthers for first place in the Eastern Conference standings as they held on for a 2-1 victory over the Edmonton Oilers. Teuvo Teravainen scored and set up Sebastian Aho’s game-winner to extend his points streak to eight games while Frederik Anderson picked up the win with 29 saves. The loss puts the Oilers (61 points) behind the Dallas Stars for the final Western wild-card spot.

The Stars, meanwhile, moved ahead of the Oilers by doubling up the Buffalo Sabres 4-2. Michael Raffl tallied twice and Jake Oettinger kicked out 38 shots for the Stars (61 points), who hold a game in hand over the Oilers.

SPECTOR’S NOTE: The longer the Stars stay in playoff contention, the less likely they are to trade defenseman John Klingberg, who’s been the subject of trade rumors for nearly two months. It could take a significant pitch to pry him away from the Stars now.

St. Louis Blues goaltender Jordan Binnington turned in a 30-save shutout to blank the Chicago Blackhawks 4-0. David Perron scored two goals for the Blues as they picked up their fourth straight victory. With 70 points, they hold a five-point lead over the Minnesota Wild for second place in the Central Division.

The Vancouver Canucks kept their playoff hopes alive with a 5-2 upset of the New York Rangers. Thatcher Demko made 31 saves while teammates J.T. Miller, Tyler Myers and Matthew Highmore each had two-point performances. The Canucks have 58 points and sit three back of the Stars.

SPECTOR’S NOTE: Miller and teammates Brock Boeser and Conor Garland have featured prominently in recent NHL trade rumors. Management, however, could be reluctant to part with them as long as the club stays in the playoff chase.

A 34-save shutout by Ilya Sorokin gave the New York Islanders a 4-0 win over the Anaheim Ducks. Casey Cizikas had a goal and an assist. The loss leaves the Ducks (59 points) two points out of the final Western wild-card berth.

The San Jose Sharks kept their fading playoff hopes alive by dropping the Seattle Kraken 3-1, handing the latter their seventh straight loss. James Reimer got the win with 39 saves as the Sharks (54 points) are seven points out of a wild-card berth in the West.

SPECTOR’S NOTE: This is a serious loss for the Sharks blue line. Ferraro logged big minutes skating alongside Brent Burns on the Sharks’ top defense pairing.

TSN: Edmonton Oilers winger Kailer Yamamoto missed yesterday’s game against the Hurricanes after blocking a shot on Saturday against the Florida Panthers.

WASHINGTON HOCKEY NOW: The Capitals have loaned goalie Vitek Vanecek to their AHL affiliate in Hershey for a conditioning stint. Vanecek had been sidelined by an upper-body injury since Feb. 1.

ARIZONA COYOTES PR: Coyotes forward Liam O’Brien is listed as week-to-week with an upper-body injury suffered against the Vegas Golden Knights on Friday.

← Sunday NHL Rumor Roundup - February 27, 2022 NHL Rumor Mill - February 28, 2022 →
We use cookies on our website to give you the most relevant experience by remembering your preferences and repeat visits. By clicking “Accept”, you consent to the use of ALL the cookies.
Do not sell my personal information.
Cookie SettingsAccept
Manage consent