​The Coyotes down the Senators, Auston Matthews suspended, the Ducks trade Josh Manson to the Avalanche, and more in today’s NHL morning coffee headlines

NHL.COM: Arizona Coyotes forward Lawson Crouse tallied his first career hat trick in a 5-3 victory over the Ottawa Senators. Nick Schmaltz and Clayton Keller extended their points streak to six games with two points each while Scott Wedgewood made 40 saves for the win. Josh Norris scored two goals for the Senators.

SPECTOR’S NOTE: Coyotes defenseman Jakob Chychrun missed this game and will be sidelined two-to-four weeks with a lower-body injury. He’s been the subject of frequent trade speculation over the past couple of months but this injury could dampen his value in this season’s trade market. 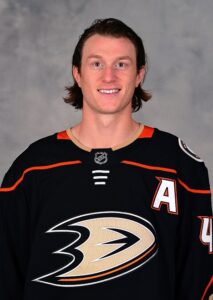 NHL.COM: The Anaheim Ducks traded defenseman Josh Manson to the Colorado Avalanche in exchange for prospect defenseman Drew Helleson and a second-round pick in the 2023 NHL Draft.

SPECTOR’S NOTE: This is the first major trade of this calendar year since the Calgary Flames acquired Tyler Toffoli last month from the Montreal Canadiens.

Manson, 30, will help to shore up the Avalanche’s blueline depth. Samuel Girard is out for four weeks plus there’s ongoing uncertainty over Bowen Byram’s status as he remains sidelined by concussion symptoms.

It’s not a bad return for the Ducks. Helleson is a well-regarded prospect who could blossom into a full-time member of their blueline.

Ducks general manager Pat Verbeek recently indicated he would trade his pending unrestricted free agents if he can’t re-sign them before the trade deadline. Manson’s departure casts a brighter spotlight on UFAs Hampus Lindholm and Rickard Rakell, who will have greater value than Manson in the trade market.

SPECTOR’S NOTE: Holtby’s been mentioned as a possible trade candidate but I don’t think they intend to trade him while they’re jockeying for a wild-card spot in the Western Conference. It’s even less likely with Anton Khudobin reportedly undergoing hip surgery on Monday. They will probably want to keep Holtby as Jake Oettinger’s backup for the remainder of the season.

NBC SPORTS WASHINGTON: Capitals center Lars Eller was placed on COVID protocol after a positive test yesterday. It’s his second positive test this season and it’s uncertain when he’ll be back.