Will the Blues attempt to sign Ryan O’Reilly to a contract extension? What’s the latest on MacKenzie Weegar’s extension talks with the Flames? What’s going on with the Rangers’ Nil Lundkvist? Could Jake Virtanen sign a PTO with the Oilers? Find out in today’s NHL Rumor Mill.

BLUES COULD TRY TO SIGN O’REILLY TO AN EXTENSION

SPORTSNET: During his latest “32 Thoughts” podcast with Jeff Marek, Elliotte Friedman speculated the St. Louis Blues could shift their focus toward signing team captain Ryan O’Reilly to a contract extension. This comes after the club made re-signing Robert Thomas and Jordan Kyrou their offseason priority, with the duo inking identical eight-year contracts. 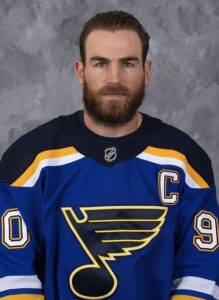 O’Reilly is slated to become an unrestricted free agent next July. Term could be an issue for the 31-year-old center. Marek suggested the Calgary Flames’ Nazem Kadri as a comparable. He signed a seven-year, $49 million contract last month but Friedman doesn’t know if he sees the Blues doing that.

SPECTOR’S NOTE: O’Reilly is in the final year of a seven-year, $52.5 million contract with an AAV of $7.5 million. He’s still among the league’s best two-way players but, as Friedman observed, he turns 32 in February. That could make Blues general manager Doug Armstrong leery about investing too much for too long in an aging asset.

UPDATE ON WEEGAR’S CONTRACT TALKS WITH THE FLAMES

SPORTSNET: During the same podcast, Friedman reports MacKenzie Weegar said during the Flames’ recent golf tournament that they’re “working on something” and hope to get it done. Friedman believes it could be comparable to Hampus Lindholm’s contract with the Boston Bruins. Lindholm inked an eight-year deal at $6.5 million per season soon after joining the Bruins in a trade from the Anaheim Ducks.

SPECTOR’S NOTE: That would double Weegar’s current AAV of $3.25 million. The Flames have shown a willingness to be generous with their talent, inking Jonathan Huberdeau to an eight-year, $84 million contract and Nazem Kadri to seven years and $49 million. It wouldn’t be shocking if Weegar gets a deal similar to Lindholm’s.

Those hefty contracts, however, could become burdensome for the Flames down the road. Weegar will turn 29 in January, Huberdeau will be 30 next June and Kadri turns 32 in October. Nevertheless, general manager Brad Treliving is willing to pay now in the hope these players can turn his Flames into Cup contenders over the next four or five seasons.

Another factor is the potential for significant increases in the salary cap perhaps starting as early as next season if revenue projections are higher than expected. New broadcasting deals with ESPN and Turner and new revenue streams such as online gambling are pouring more money into the league’s coffers. That could result in a big jump in the cap over the next several years which could help offset those expensive contracts for the Flames when Weegar, Huberdeau and Kadri inevitably decline.

NO UPDATE ON RANGERS EFFORTS TO TRADE LUNDKVIST

NEW YORK POST: Mollie Walker reports Rangers president and general manager Chris Drury remains uncertain over the status of Nils Lundkvist. The 22-year-old defenseman reportedly won’t report to training camp next week unless the Rangers trade him to a club where he has a better opportunity at a top-four role.

“I really don’t have any update on it,” said Drury. He hopes Lundkvist will be in camp next week but said he doesn’t have a definitive answer yet regarding the blueliner’s plans. Walker indicated the belief that he’ll be traded but Drury wouldn’t confirm if he’s requested a trade.

OILERS COULD BE OUT ON VIRTANEN

THE ATHLETIC’s Daniel Nugent-Bowman tweeted the Edmonton Oilers appear to be out on Jake Virtanen.

← NHL Morning Coffee Headlines - September 16, 2022 NHL Morning Coffee Headlines - September 17, 2022 →
We use cookies on our website to give you the most relevant experience by remembering your preferences and repeat visits. By clicking “Accept”, you consent to the use of ALL the cookies.
Do not sell my personal information.
Cookie SettingsAccept
Manage consent