The Jets strip Blake Wheeler of his captaincy, the Sharks reach a settlement with Evander Kane regarding his contract termination, the latest on David Pastrnak’s contract status, the date for the 2023 trade deadline is revealed, and more in today’s NHL Morning Coffee Headlines.

WINNIPEG SUN: The Jets announced Friday they have stripped the captaincy from Blake Wheeler. Several players will instead wear the “A” as alternate captains for 2022-23, though they have yet to be determined. The club called the move “leadership restructuring”. 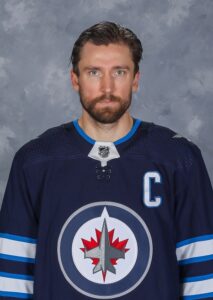 Wheeler said he knew the move was coming as he had been informed beforehand during his first conversation with new head coach Rick Bowness. According to Bowness, this was in line with the new coaching staff taking over and the intention to change the way the Jets play the game.

Bowness also denied that Wheeler was standing in the way of younger Jets growing into leadership roles. He insisted that he wants to have everyone working together as a team toward the same goal.

Wheeler said he was grateful for the opportunity to be the Jets captain but insisted he’ll still be a leader on this team. As for trade talk that surfaced about him during the offseason, he said he couldn’t give a straight answer about it because he doesn’t make those decisions. “I’m here and I’m committed to this team and motivated to have a great season.”

SPECTOR’S NOTE: The move shocked Jets center Mark Scheifele, who questioned the timing of the announcement while claiming Wheeler has the full support of his teammates. It’ll be interesting to see if Scheifele will be among the alternate captains for the coming season considering he was part of the leadership core of last season’s squad.

Jets beat writer Murat Ates of The Athletic believes it would’ve been better for Wheeler had they traded him during the summer. However, he admitted moving a 36-year-old winger carrying an annual average value of $8.25 million through 2023-24 was a tough sell.

This isn’t the first time a team has removed the captaincy from a popular star. In 2009, the San Jose Sharks did the same thing to Patrick Marleau and again in 2014 with Joe Thornton.

Both instances gave rise to trade speculation and talk of undermining the club’s performance. Instead, both players stayed put and the Sharks’ play didn’t suffer other than missing the playoffs in 2014-15 only to rebound and reach the Stanley Cup Final the following year.

Critics blamed the Jets’ leadership for the team’s inconsistent effort in 2021-22, claiming the dressing room was divided. This decision will motivate this club into a bounce-back performance following last season’s disappointing effort or it will make matters worse.

SAN JOSE HOCKEY NOW: Speaking of the Sharks, they reached an agreement with Evander Kane on a settlement related to his contract termination in January.

Daily Faceoff’s Frank Seravalli reported Kane will receive a one-time payment from the Sharks and the cap penalty will be applied to last season’s salary cap. They finished last season just under $5 million beneath the cap. Sportsnet’s Elliotte Friedman indicated Kane’s original contract was worth $19 million over the next three seasons. His current deal with the Edmonton Oilers is worth $16.5 million over the same period. The settlement would offset the difference.

In other words, the Sharks will pay Kane $2.5-million annually from 2022-23 to 2024-25 without incurring any salary-cap penalties going forward.

SPECTOR’S NOTE: That will give the Sharks the cap relief they were counting on when they terminated Kane’s contract without having to go through an arbiter to settle the issue. That procedure might not have gone in their favor and could’ve created a big cap headache for them.

BOSTON HOCKEY NOW: David Pastrnak remains hopeful that he and the Bruins can reach an agreement on a contract extension at some point during the upcoming season. The 26-year-old winger is in the final season of a six-year, $40 million deal and is eligible to become an unrestricted free agent next July.

Pastrnak indicated his priority is staying in Boston. He cited how happy he and his family were living there and is putting his focus on helping the team win this season. TSN’s Darren Dreger reported Pastrnak’s agent and Bruins management are in discussions but there’s nothing close yet.

SPECTOR’S NOTE: Pastrnak is among the NHL’s elite scorers. He could receive over $10 million annually on a long-term deal in next summer’s free-agent market. Perhaps he’ll accept a little less than that ($9.5 million) if the Bruins offer up an eight-year deal as the most he’ll get on the open market is seven years. Either way, he’s going to make big money on his next contract.

SPECTOR’S NOTE: I can’t recall the last time the NHL Trade Deadline was on a Friday. It’s usually held on a Monday or Tuesday.

I didn’t miss the annual free-agent frenzy on Canada Day. It was nice to spend the past couple of years quietly enjoying that day with my family in my backyard.

SPORTSNET: Duncan Keith has joined the Edmonton Oilers in a player development role. The former NHL defenseman (and future Hall-of-Famer) retired at the end of 2021-22 after 17 seasons.