Recaps of Monday’s games, Sidney Crosby tops the stars of the week, an update on the health of Hall-of-Famer Borje Salming, and more in today’s NHL Morning Coffee Headlines.

NHL.COM: Artemi Panarin and Mika Zibanejad each had four points while Adam Fox collected three assists as the New York Rangers downed the Anaheim Ducks 6-4. It was Panarin’s second four-point game of the season and set a Rangers record for the most points (10) in the first four games of a season. 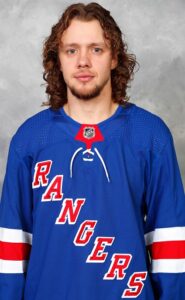 Alex Ovechkin scored twice as the Washington Capitals defeated the Vancouver Canucks 6-4. The Capitals got four unanswered goals in the third period as Ovechkin finished the night with four points while Evgeny Kuznetsov had three assists. Kuznetsov could face supplemental discipline for slashing Canucks defenseman Kyle Burroughs in the face. Capitals winger Connor Brown left the game with an apparent injury to his right leg.

SPECTOR’S NOTE: Sportsnet reports the Canucks became the first team in NHL history to lose each of their first three games of the season after blowing a multi-goal lead in each game. They had a players-only meeting after the game but it could take more than that to address their poor defensive play.

The Arizona Coyotes upset the Toronto Maple Leafs 4-2. Shayne Gostisbehere snapped a 2-2 tie late in the third period after the Leafs overcame a 2-0 deficit. The Leafs appeared to tie the game 3-3 with 37 seconds remaining but it was overturned on a hand pass by Morgan Rielly. Gostisbehere, Nick Ritchie and Christian Fischer each had a goal and an assist. Leafs captain John Tavares picked up an assist for his 900th career point. Leafs defenseman Jake Muzzin left the game with a neck injury in the second period.

SPECTOR’S NOTE: The overturned goal shouldn’t overshadow the fact the Leafs were dreadful for most of this game against a club that (on paper) they should’ve easily defeated. Whatever the reason, they struggled against a determined Coyotes club that didn’t collapse when the Leafs staged their third-period rally.

Nathan MacKinnon and Valeri Nichushkin each had a goal and two assists to lead the Colorado Avalanche over the Minnesota Wild 6-3, handing the latter their third straight loss. Kirill Kaprizov tallied twice for the Wild.

SPECTOR’S NOTE: Goaltending has been an issue for the Wild thus far. Marc-Andre Fleury was terrible in their first two games while Filip Gustavsson wasn’t much better in this contest against the Avalanche.

The Montreal Canadiens nipped the Pittsburgh Penguins 3-2 on an overtime goal by Kirby Dach. Evgeni Malkin scored twice for the Penguins but the Canadiens got goals from Nick Suzuki and Cole Caufield to force the extra frame. Canadiens goaltender Jake Allen missed this game on parental leave but Sam Montembeault got the win with a 26-save performance.

SPECTOR’S NOTE: Caufield’s goal came from a beautiful thread-the-needle pass from Jonathan Drouin, who’s been the target of criticism from Canadiens fans and the subject of trade speculation. More passing plays like that could silence his critics and improve his stock in the trade market.

An overtime goal by Phillip Danault gave the Los Angeles Kings a 5-4 victory over the Detroit Red Wings. Danault scored twice while Anze Kopitar, Kevin Fiala and Adrian Kempe each had two points. David Perron scored two goals and collected an assist for the Red Wings. Kings defenseman Alex Edler missed this game after being struck in the face by a puck during warmups.

Andrei Svechnikov and Sebastian Aho each had three-point performances to lead the Carolina Hurricanes to a 5-1 victory over the Seattle Kraken. Schenikov scored two goals while goalie Frederik Andersen turned aside 22 shots for the win.

The Dallas Stars rolled to a 4-1 win over the Winnipeg Jets. Jake Oettinger made 24 saves, Tyler Seguin and Miro Heiskanen scored while Mason Marchment collected two assists. Mark Scheifele scored for the Jets.

TORONTO STAR: Hall-of-Famer Borje Salming can no longer speak and has to be fed through a tube as a result of amyotrophic lateral sclerosis (ALS). On Aug. 10, Salming released a statement indicating he’d been diagnosed with the disease for which there is no cure.

SPECTOR’S NOTE: It appears Salming’s symptoms are spreading rapidly. Spare a thought or prayer for the Leafs legend.

ARIZONA SPORTS: Coyotes center Nick Schmaltz is out for six-to-eight weeks with an upper-body injury.