The Devils and Bruins continue their win streaks, Phil Kessel extends his Ironman record, and much more in today’s NHL Morning Coffee Headlines

NHL.COM: An overtime goal by Yegor Sherangovich gave the New Jersey Devils their 11th straight win by downing the Toronto Maple Leafs 3-2. Jesper Bratt and Nico Hischier also scored for the Devils (14-3-0), who sit atop the Metropolitan Division with 28 points. Auston Matthews and William Nylander replied for the 9-5-4 Maple Leafs.

The Boston Bruins extended their home winning streak to 10 games in a 4-1 victory over the Philadelphia Flyers. David Krejci scored twice as the Bruins (15-2-0) are on top of the overall standings with 30 points, two points up on the Devils and Vegas Golden Knights. The Flyers dropped to 7-7-3 and lost winger Travis Konecny in the second period with an injured right hand. 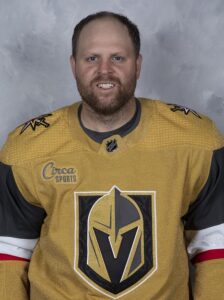 Speaking of the Golden Knights, they extended their record to 14-4-0 by beating the Arizona Coyotes 4-1. Alex Pietrangelo had a goal and two assists for the Golden Knights while teammate Phil Kessel became the first player in NHL history to play in 1,000 consecutive regular-season games. Clayton Keller scored for the Coyotes as they fall to 6-9-1.

Winnipeg Jets winger Kyle Connor tallied a hat trick to lead his club to a 3-2 win over the Anaheim Ducks. Trevor Zegras and Troy Terry replied for the 5-11-1 Ducks while the Jets (10-4-1) have won eight of their last 10 contests. Before the game, the Jets inducted Teemu Selanne and Teppo Numminen into their Hall of Fame.

SPECTOR’S NOTE: Before the game, the Jets revealed Nikolaj Ehlers’ lower-body injury that has sidelined him since Oct. 18 could be more serious than originally reported. Head coach Rick Bowness suggested the possibility of surgery for Ehlers. Meanwhile, defenseman Dylan DeMelo missed this game with an undisclosed ailment. As for the Ducks, they placed sidelined defenseman Nathan Beaulieu (undisclosed) on injured reserve earlier in the day.

Pittsburgh Penguins captain Sidney Crosby scored twice and set up two others to beat the Minnesota Wild 6-4. Jake Guentzel had a goal and two assists for the Penguins, who improved to 7-7-3. Joel Eriksson Ek scored twice for the Wild as their record drops to 7-8-3.

Nashville Predators captain Roman Josi collected four assists as his club held off the New York Islanders 5-4. Juuso Parssinen scored twice and collected an assist as the Predators (8-8-1) have won three straight games. Jean-Gabriel Pageau and Adam Pelech each had a goal and an assist for the 11-7-0 Islanders.

Colorado Avalanche goaltender Pavel Francouz made 46 saves and Artturi Lehkonen tallied in overtime to down the Carolina Hurricanes by a score of 3-2. Martin Necas had a goal and an assist for the 10-5-2 Hurricanes while the Avalanche rose to 9-5-1.

The Dallas Stars (10-5-2) got two goals from Roope Hintz in their 6-4 win over the Florida Panthers. Tyler Seguin, Jamie Benn and Ty Dellandrea each had a goal and an assist for the Stars. Sam Bennett collected three assists for the 9-7-1 Panthers. Stars goaltender Scott Wedgewood was stretchered from the game in the second period with an apparent back injury but was reportedly responsive and in good spirits. He will be re-evaluated on Friday in Dallas.

St. Louis Blues netminder Thomas Greiss kicked out 47 shots and Pavel Buchnevich tallied the winning goal in a shootout to nip the Washington Capitals 5-4. Vladimir Tarasenko collected two assists as the Blues improved their record to 8-8-0. Alex Ovechkin had a goal and two assists while John Carlson scored two goals for the 7-9-3 Capitals.

Tampa Bay Lightning winger Nikita Kucherov scored twice, Steven Stamkos had two points and Andrei Vasilevskiy made 39 saves to douse the Calgary Flames 4-1. Elias Lindholm scored the only goal for Calgary. With the win, the Lightning move to 10-6-1 while the Flames fall to 7-7-2.

The Seattle Kraken got an overtime goal from Justin Schultz to defeat the New York Rangers 3-2 and improve their record to 9-5-3. Schultz finished the night with two goals while Martin Jones picked up the win by stopping 28 shots. Mika Zibanejad and Vincent Trocheck replied for the 8-6-4 Rangers.

Three unanswered third-period goals by Moritz Seider, Pius Suter and Dominik Kubalik lifted the Detroit Red Wings to a 7-4 win over the San Jose Sharks. David Perron had a goal and two assists for the Wings (8-5-4) while Erik Karlsson had four points for the 6-10-3 Sharks.

The Columbus Blue Jackets (6-9-1) extended their points streak to four games by dropping the Montreal Canadiens 6-4. Sean Kuraly scored twice and collected an assist for the Jackets while Nick Suzuki and Brendan Gallagher each had a goal and an assist for the 8-8-1 Canadiens.