The Leafs’ shaky start to this season is a growing concern to their followers. Could it lead to changes in the front office, behind the bench or to the roster? Read on for the latest in today’s NHL Rumor Mill.

TORONTO SUN: Steve Simmons believes the Maple Leafs 4-4-2 start to this season isn’t something to be taken lightly. He feels the club is heading toward an implosion that could lead to big changes depending on their upcoming performances against the Philadelphia Flyers, Boston Bruins, Carolina Hurricanes and Vegas Golden Knights.

Simmons puts the blame squarely on the performance of the Leafs players, especially during their losses to three of the worst teams in the league in Arizona, San Jose and Anaheim. He singled out core players Auston Matthews, Mitch Marner, John Tavares and William Nylander for not playing up to expectations. 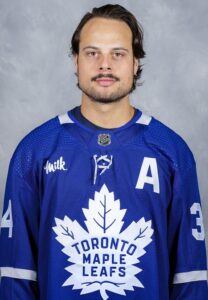 Simmons acknowledged the Leafs have a banged-up defense corps. Nevertheless, he believes their best players must improve while their worst need to get better. He also criticizes general manager Kyle Dubas for not providing head coach Sheldon Keefe with a roster suitable for success.

SPECTOR’S NOTE: Some of the Leafs defenders point out that they were 4-4-2 at the same point in 2021-22 and wound up with a franchise-best 115-point season. Others, however, point to the poor performance of their best players as one of the more concerning issues compared to this time last season.

The Leafs have questionable goaltending and a defense that when healthy isn’t deep enough to make them a serious Stanley Cup contender. Nevertheless, they have sufficient talent to be playing better than they currently are even with an injury-riddled blueline.

Maybe they’ll snap out of their current doldrums and turn things around during that upcoming stretch of games mentioned by Simmons. If they don’t, however, this situation could lead to a coaching change or a roster shakeup.

THE ATHLETIC: James Mirtle suggests the Leafs could need a trade to snap out of their current tailspin. He reminds us that Dubas has had some success with in-season trades, pointing to the acquisitions of Jake Muzzin, Jack Campbell, Ilya Lyubushkin and Mark Giordano. With Muzzin on long-term injury reserve, it frees up a large chunk of his $5.6 million cap hit to put toward acquisitions.

SPECTOR’S NOTE: The Leafs were reportedly interested in acquiring Ethan Bear from the Carolina Hurricanes but didn’t want to part with a draft pick. He wound up shipped last Friday to the Vancouver Canucks.

That indicates Dubas is looking around for help in the trade market. Finding a suitable return will be difficult at this point in the season given how many clubs have limited salary-cap space but it’s not impossible. However, it could require some creativity on his part, including parting with a quality draft pick or a promising prospect.

Mirtle acknowledged Chychrun’s injury history well as the Coyotes’ high asking price. Klingberg could be a more affordable option in terms of return and perhaps the Ducks would retain some of his $7 million cap hit for the right offer. However, Jamie Drysdale’s potentially season-ending shoulder injury could force the Ducks to hang onto Klingberg for a while.

Gostisbehere could be a possibility as he won’t cost nearly as much as Chychrun to get from the Coyotes. I don’t see the Blue Jackets parting with Gavrikov given his solid all-around play and value to their blueline. The Devils are off to a terrific start and aren’t under any pressure right now to move Severson.

Friedman is concerned about things going off the rails. He doesn’t believe the 24-year-old center is currently unhappy but felt the Leafs have to “constantly take his temperature”.

SPECTOR’S NOTE: The earliest Matthews can sign with the Leafs is July 1, 2023. He’s slated to become an unrestricted free agent a year later. It’s interesting that Friedman believes he’d sign a short-term extension. Perhaps it would be a three-year deal taking him up to age 30.

Of course, as Friedman also points out, it will depend on whether Matthews is happy with the direction of the Leafs. If things do go off the rails, he could decide to test the market on July 1, 2024.

← NHL Morning Coffee Headlines - November 1, 2022 NHL Morning Coffee Headlines - November 2, 2022 →
We use cookies on our website to give you the most relevant experience by remembering your preferences and repeat visits. By clicking “Accept”, you consent to the use of ALL the cookies.
Do not sell my personal information.
Cookie SettingsAccept
Manage consent