In today’s NHL Rumor Mill: Roope Hintz’s new contract could affect Bo Horvat’s and Dylan Larkin’s contract negotiations, the Stars are in the market for a forward, and the Ducks’ five most tradeable assets. 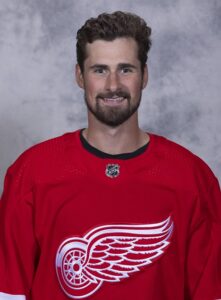 Horvat and Larkin are both eligible for unrestricted free-agent status next July. LeBrun believes Horvat would’ve signed a deal comparable to Hintz’s during the offseason but he’s not so sure he’d do so now given the shifting marketplace. The expectation of a rising salary cap after three years of a flattened cap could affect next summer’s free-agent market.

VANCOUVER HOCKEY INSIDER: Rob Simpson believes Hintz’s new contract will affect Horvat’s contract negotiations with the Canucks. If they make a similar investment in their captain it could require shedding some salary to fit that new deal under their salary cap.

Simpson pointed out that Brock Boeser lacks no-trade protection in his current deal. Meanwhile, J.T. Miller’s no-movement clause doesn’t go into effect until his contract extension kicks in next July.

SPECTOR’S NOTE: There’s no question that Hintz’s and Barzal’s contract extensions will affect the market value of Horvat and Larkin. Both players could seek between $8.5 million and $9.5 million on their subsequent contracts as Hintz and Barzal have set the market value.

With nearly $40 million in projected cap space for 2023-24 (based on the cap rising by the projected $1 million to $83.5 million), the Red Wings are in a good position to re-sign Larkin to a lucrative long-term deal. The only question is how much general manager Steve Yzerman is willing to invest in his captain, who wants to remain part of the Wings’ rebuilding process.

The Canucks, however, will only have $13.5 million, making it difficult to squeeze Horvat within their limited cap space unless they make a cost-cutting move or two. That could happen if they fail to qualify for the 2023 playoffs. Then again, they could part ways with Horvat and use the savings to invest in stocking up their porous blueline.

TSN: Darren Dreger reports the Stars would like to add another scoring forward to their ranks. They want to find someone to play alongside Tyler Seguin and Mason Marchment on their second line.

SPECTOR’S NOTE: Dreger referred to that as a “top-six luxury item”. In other words, it’s something they’d like to add but it’s not a season-breaker. They have a projected $2.7 million in trade deadline cap space. Perhaps they’ll make a move as the trade deadline draws near and more rental options become available.

Klingberg is on a one-year deal with a 10-team no-trade list as of Jan. 1. He’s the biggest proven blueline commodity next to the Arizona Coyotes’ Jakob Chychrun and Shayne Gostisbehere in the trade market.

Teams could turn to Shattenkirk if they lose out on Klingberg and Chychrun given his Stanley Cup pedigree. Blueliner Dmitry Kulikov, winger Frank Vatrano and center/winger Adam Henrique round out Proteau’s list.

SPECTOR’S NOTE: The Ducks are currently at the bottom of the overall standings and could likely still be there by the March 3 trade deadline. General manager Pat Verbeek was a seller leading up to last season’s deadline and will be again in 2023. Any one of those players on Proteau’s list could be playing elsewhere by the end of March 3.