We’re now over a month into the 2022-23 NHL season. As usual, I’m continuing my annual autumn tradition of examining each Canadian NHL team to determine which one has the best shot of ending the country’s nearly 30-year Stanley Cup drought.

Each team is listed here in alphabetical order, noting their general strengths and weaknesses. 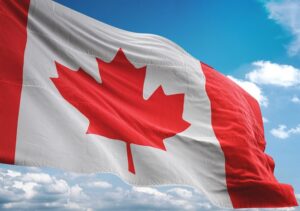 I’ll summarize by selecting the one I believe could go all the way this season.

Weaknesses: Huberdeau and Weegar are still adjusting to their new team and haven’t yet played up to expectations. The loss of 40-goal scorers Gaudreau and Tkachuk will still take a toll on their offense. Markstrom’s performance can get streaky. Their blueline has been whacked by injuries.

Weaknesses: Offseason addition Jack Campbell has done little thus far to address their goaltending concerns. They have a decent first-pairing defense in Darnell Nurse and Tyson Barrie but not much beyond them unless Evan Bouchard steps up. The secondary scoring depth still drops sharply beyond McDavid and Draisaitl.

Strengths: The Canadiens have a promising top line of young guns Nick Suzuki, Cole Caufield and Kirby Dach. They’re getting better-than-expected goaltending from Jake Allen and Sam Montembeault. Kaiden Guhle and Jordan Harris show potential as top-four defensemen. Head coach Martin St. Louis is doing a fine job getting the most out of this roster.

Weaknesses: They’re still a rebuilding club and those promising kids are still on a learning curve. While they’re off to a better-than-expected start to this season, they still have glaring defensive issues. There’s not much reliable scoring punch beyond their first line. They’re still a long shot to reach the playoffs.

Weaknesses: They’re having trouble playing up to the hype generated by their off-season acquisitions. The Senators are lacking experienced depth on their blueline and checking lines. They also need a reliable backup for Talbot.

Weaknesses: It’s the same old story: goaltending and defensive depth. Oft-injured offseason pickup Matt Murray has been limited to one game between the pipes. The absence of sidelined defenseman Jake Muzzin is a concern while aging rearguard Mark Giordano seems to have lost a step.

Strengths: The Canucks possess plenty of scoring talent in J.T. Miller, Bo Horvat, Elias Pettersson and Brock Boeser. Thatcher Demko has shown in the past that he has the ability to be among the league’s best goalies. They have the capability to overcome a poor start to a season.

Weaknesses: Their defensive game is terrible, leading to blown leads in several games thus far. There isn’t much reliable talent on their blueline beyond Quinn Hughes. Demko’s been struggling this season and cannot offset his teammates’ poor play in their own zone.

Weaknesses: Their core players have a tendency to be inconsistent and at times they have underachieved. Once a strength, the depth of their defense corps in recent years has been questionable. That’s made Hellebuyck one of the most overworked goalies in the league.

Frankly, I don’t see any of this season’s Canadian teams possessing sufficient depth necessary to end the country’s Cup drought. Nevertheless, I’ll hazard a guess and give the nod to the Oilers as having the best chance of winning hockey’s ultimate prize.

McDavid and Draisaitl demonstrated last season that they can carry a team on a deep playoff run. That’s something the core players on the other clubs have yet to do.

← Sunday NHL Rumor Roundup - November 13, 2022 NHL Morning Coffee Headlines - November 14, 2022 →
We use cookies on our website to give you the most relevant experience by remembering your preferences and repeat visits. By clicking “Accept”, you consent to the use of ALL the cookies.
Do not sell my personal information.
Cookie SettingsAccept
Manage consent