The schedule resumes with the Hurricanes extending their win streak to nine games, Connor McDavid stretching his points streak to 16 games and Jamie Benn reaching a Stars milestone. Details and much more in today’s NHL Morning Coffee Headlines.

NHL.COM: The Carolina Hurricanes extended their win streak to nine games by blanking the Chicago Blackhawks 3-0. Antti Raanta stopped 24 shots for the shutout while Martin Necas, Jesper Fast and Jordan Martinook were the goal scorers as the Hurricanes (23-6-6, 52 points) hold a six-point lead over the New Jersey Devils for first place in the Metropolitan Division. Petr Mrazek made 46 saves for the Blackhawks (8-21-4) sitting in last place in the overall standings with 20 points. 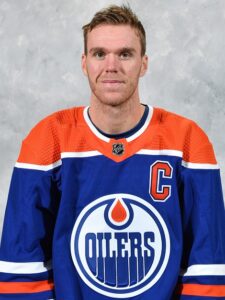 Edmonton Oilers captain Connor McDavid stretched his points streak to 16 games by scoring the game-winning goal in a 2-1 victory over the Calgary Flames. McDavid leads the league with 31 goals while Stuart Skinner kicked out 46 shots for the win as the Oilers improved to 19-15-2. Mikael Backlund scored for the Flames as they dropped to 16-13-7.

The Vancouver Canucks are over .500 for the first time this season (16-15-3) as they downed the San Jose Sharks 6-2. Bo Horvat and Ilya Mikheyev each had four points for the Canucks. Timo Meier scored twice and Erik Karlsson collected two assists to extend his points streak to a career-high 10 games for the 11-19-6 Sharks.

SPECTOR’S NOTE: Earlier in the day, Canucks head coach Bruce Boudreau said he’s hoping sidelined starting goaltender Thatcher Demko can return in mid-January but remains uncertain if he’ll be back before February. Demko’s been out with a lower-body injury since Dec. 1.

Dallas Stars captain Jamie Benn scored his 343rd career goal and Roope Hintz tallied twice in a 3-2 win over the Nashville Predators. Benn moved past Brian Bellows into second place on the Stars’ all-time goals list. With 48 points (21-9-6), Dallas moves to within one point of the Western Conference-leading Vegas Golden Knights. Juuse Saros made 30 saves for the Predators as they slipped to 14-14-5. Predators forward Matt Duchene missed this game as his wife was giving birth to the couple’s baby daughter.

The Ottawa Senators (15-16-3) got a 49-save performance from Cam Talbot to upset the Boston Bruins 3-2 on a shootout goal by Alex DeBrincat, who also scored in regulation. Jake DeBrusk tallied his 14th goal of the season for the Bruins (27-4-3), who remain atop the overall standings with 57 points.

SPECTOR’S NOTE: Senators defenseman Nikita Zaitsev left this game in the first period with a lower-body injury and didn’t return. There was no update as to his condition following the game.

An overtime goal by William Nylander lifted the Toronto Maple Leafs past the St. Louis Blues 5-4 after the Blues (16-16-3) overcame 3-1 and 4-3 deficits to force the extra frame. Calle Jarnkrok had a goal and two assists for the Leafs (22-7-6) while Ryan O’Reilly and Jordan Kyrou were among the Blues scorers.

SPECTOR’S NOTE: The Blues played without defenseman Torey Krug as he was placed on long-term injury reserve with a lower-body injury. He’s expected to be re-evaluated in six weeks. The Leafs, meanwhile, placed forward Nick Robertson and defenseman Victor Mete on LTIR.

The Los Angeles Kings doubled up the Vegas Golden Knights 4-2 with Phillip Danault and Viktor Arvidsson each collecting a goal and two assists. The Kings (20-12-6, 46 points) move within three points of the Golden Knights (24-12-1), who sit atop the Western Conference with 49 points.

Washington Capitals goaltender Darcy Kuemper made 32 saves to blank the New York Rangers 4-0. Marcus Johansson, Erik Gustafsson, Lars Eller and Conor Sheary were the goal scorers as the Capitals (20-13-4) picked up their fifth straight win and their 10th in their last 11 contests. Igor Shesterkin stopped 26 shots for the 19-12-5 Rangers.

SPECTOR’S NOTE: Capitals defenseman Nick Jensen left the game in the final minutes after being struck in the face by the puck. Earlier in the day, they placed blueliner John Carlson (facial injury) on injured reserve.

New York Islanders forwards Anders Lee and Mathew Barzal each tallied twice in a 5-1 romp over the Pittsburgh Penguins. The Islanders improved to 20-14-2 but lost winger Oliver Wahlstrom to injury after he was cross-checked in the first period by Pittsburgh defenseman Pierre-Olivier Joseph. The Penguins slide to 19-10-5.

SPECTOR’S NOTE: Earlier in the day, the Penguins recalled defenseman Mark Friedman from their AHL affiliate in Wilkes-Barre/Scranton.

The Minnesota Wild (20-12-2) picked up their seventh victory in their last eight games by dropping the Winnipeg Jets 4-1, handing the latter their third straight defeat. Mats Zuccarello had a goal and an assist while Filip Gustavsson made 36 saves for the Wild. Pierre-Luc Dubois tallied for the Jets (21-13-1).

SPECTOR’S NOTE: The Jets played without rookie forward Cole Perfetti as he’s out for at least a week with an injured shoulder. Wild defenseman Jake Middleton missed this game with a non-COVID illness.

PHILLY HOCKEY NOW: The Philadelphia Flyers got some good news as goaltender Carter Hart skated with his teammates in practice on Tuesday. He suffered what appeared to be an upper-body injury during Friday’s loss to the Carolina Hurricanes following a collision with Hurricanes forward Seth Jarvis.