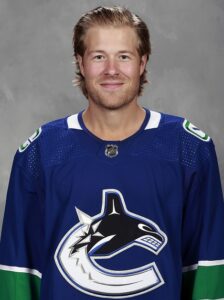 Matisz suggested the Minnesota Wild for Boeser, with the Wild flipping Matt Dumba or a draft pick for the Minnesota native. Dumba’s on an expiring contract with a $6 million cap hit that is comparable to Boeser’s $6.65 million. He believes the Canucks would choose the draft pick over Dumba because they need the cap space.

SPECTOR’S NOTE: How about the draft pick and Dumba? The Canucks are said to be willing to take on a player with a contract that expires at the end of this season. They need the cap space beyond this season.

Reports out of Minnesota suggest the Wild could move Dumba before the March 3 trade deadline. However, that comes with the risk of lacking a suitable replacement for him on their blueline down the stretch.

The New York Islanders and Detroit Red Wings are two other clubs that have the cap space and assets plus a need for a shoot-first winger. If they’re okay with Boeser’s cap hit, Matisz speculated they could get him for a second or third-round pick.

SPECTOR’S NOTE: The Islanders could be the more interested of the two. General manager Lou Lamoriello attempted to acquire Boeser’s teammate J.T. Miller during the opening round of this year’s draft. He’s also believed to have made failed bids to sign Johnny Gaudreau and Nazem Kadri in the free-agent market.

Matisz considers the Sabres and Kings as two clubs with depth in promising assets to outbid the others. He also noted Blue Jackets GM Jarmo Kekalainen isn’t afraid to chase the big fish and his club needs blueline depth.

SPECTOR’S NOTE: I agree with Matisz’s take on the front-runners for Chychrun. I’d also include the Senators as they’ve spoken with the Coyotes but reports out of Ottawa claim they couldn’t reach an agreement on a deal. Maybe that changes if the Senators become more desperate as the season rolls along.

GOPHNX.com’s Craig Morgan recently reported GM Bill Armstong isn’t budging off his high asking price. Morgan believes it could include two first-round draft picks and either a second-rounder or a top prospect. Given Chychrun’s strong start since returning from offseason wrist surgery, somebody is likely to pay what Armstrong wants.

Matisz noted that Meier’s agent Claude Lemieux claims his client is willing to re-sign with the Sharks. However, it’ll cost the Sharks $10 million just to qualify his rights plus he has arbitration right next summer.

Meier could be the Sharks’ best trade chip at the deadline. They desperately need to restock their prospect cupboard and add some early-round draft picks. Matisz suggested the Anaheim Ducks, Seattle Kraken and the Blue Jackets as clubs that could meet those needs.

SPECTOR’S NOTE: I’m not sure how keen Sharks GM Mike Grier would be to trade Meier to another California-based club. The Kraken are building rapidly and having someone like Meier alongside young centers like Matty Beniers or Shane Wright could give them a significant offensive boost.

The Jackets, however, already have two star wingers in Johnny Gaudreau and Patrik Laine. If they were to pursue a forward, I think they’d be more interested in a center.

← NHL Morning Coffee Headlines - December 12, 2022 The 2022-23 NHL Season Could Be The Highest Scoring Since The Early '90s →
We use cookies on our website to give you the most relevant experience by remembering your preferences and repeat visits. By clicking “Accept”, you consent to the use of ALL the cookies.
Do not sell my personal information.
Cookie SettingsAccept
Manage consent